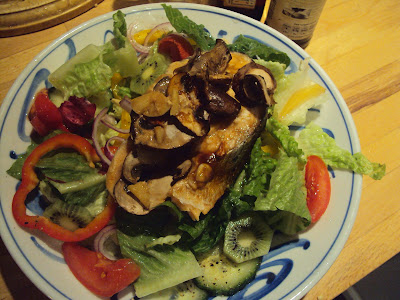 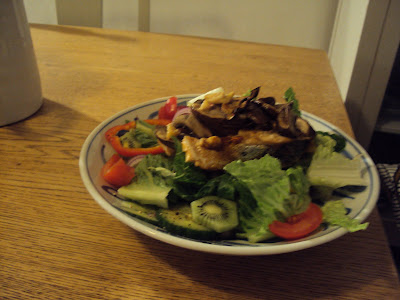 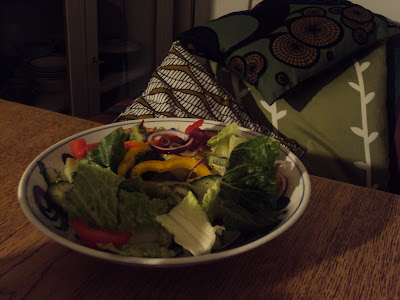 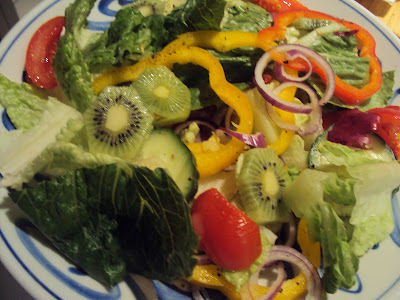 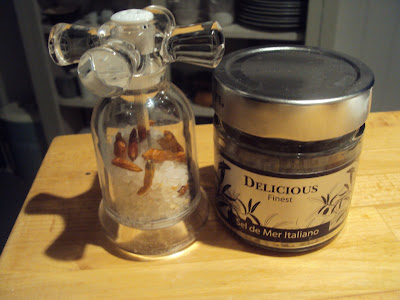 For a really quick supper dish I baked salmon steaks ‘en papillote’ which means in a paper parcel of baking parchment. The fish actually steam in their own little parcel of flavour so that it’s lovely and moist.
I wanted an oriental style flavouring so used the following ingredients for each parcel:-
A small piece of fresh ginger grated or finely chopped
One clove of garlic for each parcel, peeled crushed and sliced thinly or chopped
A drizzle of Toasted Sesame Oil
A few drops of Dark Soy Sauce
A few chilli flakes or a little fresh chilly (optional)
A spoonful of Hoi Sin Sauce, this is the lovely deep plum flavoured sauce that’s often served with roasted duck and pancakes.
A chestnut mushroom, thinly sliced
You will also need one salmon steak per person seasoned with freshly crushed black pepper but you shouldn’t need any salt as the Soy Sauce is very salty
Method:
. Cut a piece of baking parchment or greaseproof paper large enough to wrap each piece of fish plus the other ingredients.
. Top with all the other ingredients.
. Wrap up the parcel and place in an oven proof dish.
. Bake in a moderate oven about 180degrees centigrade for about 15 to 2o minutes depending on the size of the fish. Open the parcel and check that’s it is properly cooked. Return if it requires a little longer but be careful not to overcook.
I served ours with a mixed salad:
Half a Cos lettuce washed and shredded
Half a red pepper and half a yellow pepper sliced thinly
Half a small red onion sliced very thinly
A small portion of cucumber as above
Kiwi fruit peeled and sliced
One tomato or a handful of cherry tomatoes
Just toss all the ingredients together
To dress the salad:
The juice of half a lemon to dress along with some Toasted Sesame Oil
A little fresh Sea Salt and crushed Black Pepper

The salmon would also be good served with tagliatelle pasta. Just cook the pasta as per the packet instructions and flake the cooked fish into it, adding the cooking juices to make a sauce. Add some of the cooking liquid from the pasta if necessary or the juice of a lemon. Garden peas would go really well with this or frozen ones.

Any kind of noodles would also work well.
Yumm…….

cooks tip...I find the Sel de Mare Italiano which is Sea salt with dried chillies really handy. They also make it with Herbe de Provence. I bought mine on sale at TKMax I think you can buy it in John Lewis or Waitrose but you can make your own combination with whatever herbs or spices you like if you have a spare salt mill. Sea salt with lavender is amazing......
Posted by debby emadian at 15:17