Not Quite Arnold Bennett Omelette 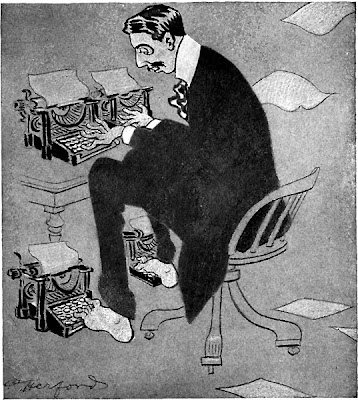 
'Tis very comforting to knowThat every other day or soA Book by Bennett will appearTo charm the Western Hemisphere.I see him now, with zeal sublime,Pounding from dawn to dinner-timeFour typewriters, with hands and feet.When the four novels are complete,He'll fold, and send à grande vitesseHis Quadrumanuscript to press. 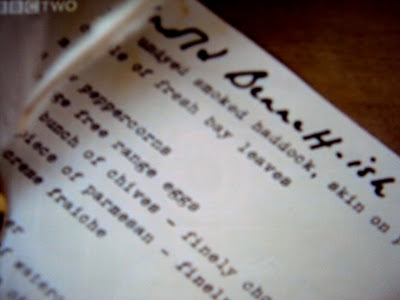 I've been wanting to make Arnold Bennett eggs ever since I watched the lovely Miss Dahl make them in her beautiful, languid way. You can watch her make them too, on www. bbc.co.uk/food. There seems to be something rather indulgent about making a dish that was designed especially for a writer staying in the Savoy Hotel in London, whilst he penned a complete novel. I know that his contemporaries like Virginia Woolf considered him old-fashioned but I rather consider Virginia Woolf to be the old fashioned one, he was cool! He wasn't snobby and wrote about everyone. He noticed the little people. I just love his quote 'my mother is far too clever to understand anything she doesn't like.'


But getting back to his omelette, fish and eggs are not really ingredients that you may consider to be perfect partners. Yet there are a number of classic recipes that include both. For example Kedgeree, and Haddock with Poached egg. They're usually served as breakfast dishes. They do work, and I've enjoyed both in the past, usually in old-fashioned hotels when everyone else is enjoying a full-English breakfast.

I don't think that this is a dish that I could serve up for family supper....not to my family anyway. Eggs and fish. So I had to choose my moment to make it.......and you couldn't say that it was the authentic recipe. More a raid the fridge dish. 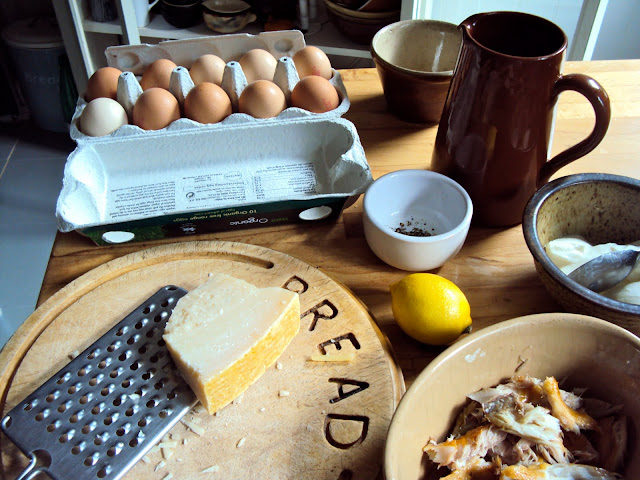 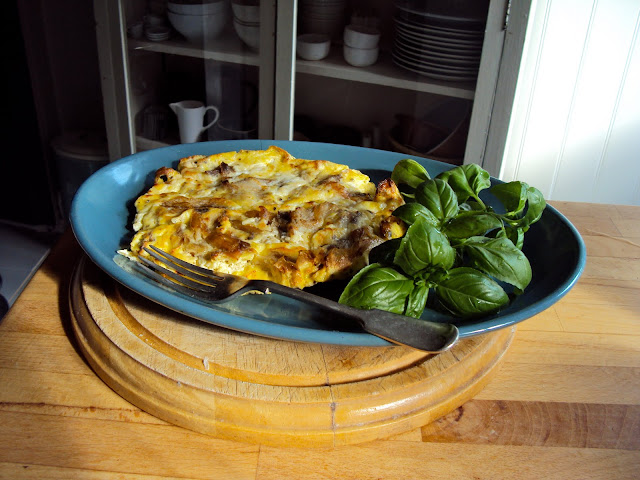 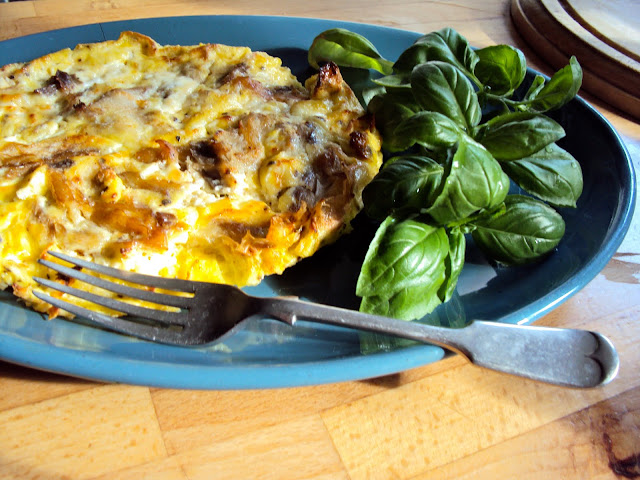 And so a couple of days ago when nobody was about....I had a go. There are lots of versions of this recipe. Some quite complicated with cream, butter and cornflour where you separate the eggs and whisk the whites so that they souffle up. Others that require you to make Bechamel and Hollandaise Sauce. I like Sopie Dahl's recipe because it's a much lighter, easier version. But even that I changed a little.

To make a substantial omelette for one person you will require;-
Three, beaten, free range organic eggs
A little creme fresh (I used yoghurt because that's what was in the fridge.)
A handful of freshly grated Parmesan cheese
Extra Virgin Olive Oil
The zest of one lemon
A handful of chives
100g undyed haddock fillet pin boned but with the skin left on
100mls of milk
2 fresh bay leaves
8 to 10 Black Peppercorns

. Place the last four ingredients together in an ovenproof dish then cook for ten to twelve minutes in a preheated, oven at 200c. As I was using what was in the fridge I substituted with ready cooked smoked mackerel which worked fine.
. Meanwhile place the cream fraiche in a dish add the lemon zest, grated cheese and chopped chives.
. Remove the fish from the oven. Cool, then remove skin and flake.
. Put the butter and olive oil into an omelette pan making sure that it's ovenproof and begin to cook the eggs until the bottom is set but the top still runny. Fold in the creme fraiche mixture into this and then return to the oven for five minutes or so until the omelette is completely cooked through. Serve with green salad.