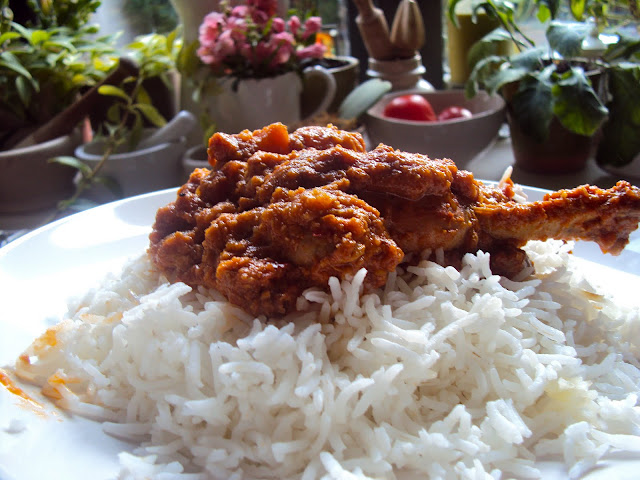 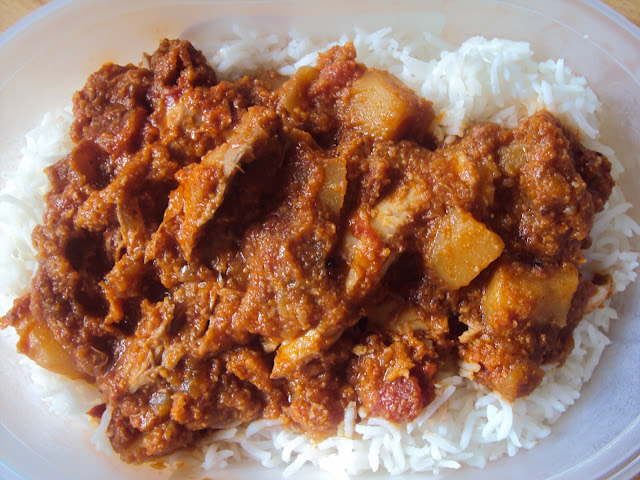 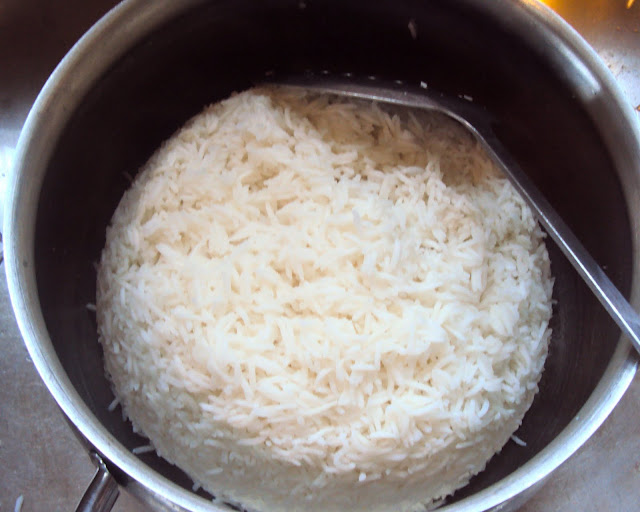 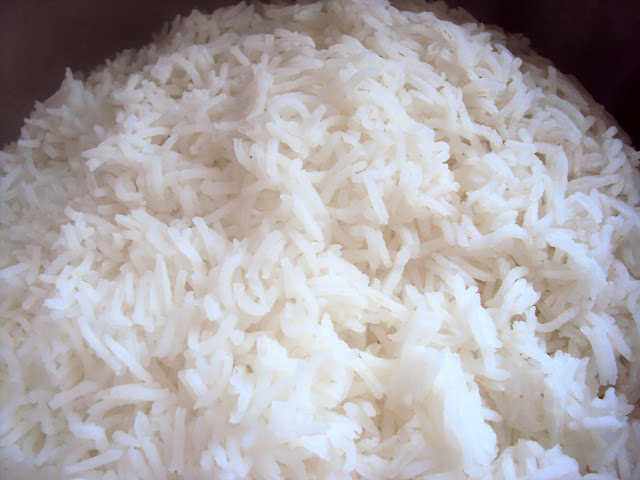 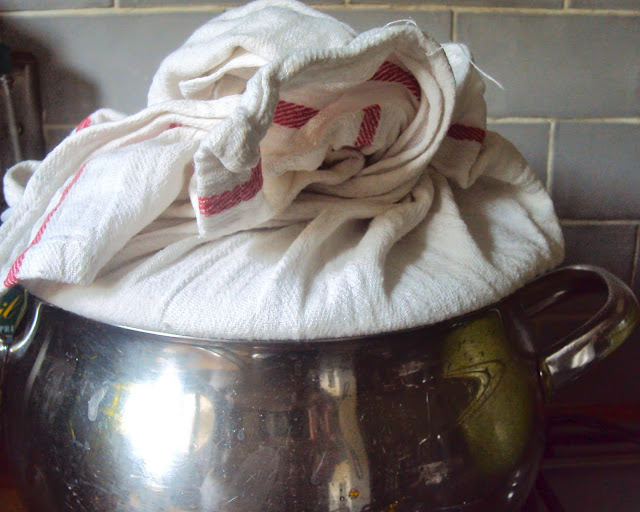 I know that I keep going on about tagine cooking...it's just that it's so good to find something that everyone really loves.....it keeps getting the thumbs up time and time again. I don't want to bore you too much......"Too late" can I hear you cry? Just a quickie.......I used the same method as over here again to make a chicken tagine, but added a new ingredient.....ground almonds that are apparently commonly used in North African cuisine and it really worked, definitely recommended.

But I'd just like to talk about the way I cooked the rice. I used the traditional Persian way which produces grains of rice that are separate and cooked through until soft but not overly so. The special treat is the crunchy crust that forms on the pan bottom. It's called tadik, which literally translated is 'pan bottom'. At first glance you may think it's burnt but it's the Persian equivalent to the crunchy outside of yummy roasted potatoes. Sometimes made even tastier by lining the bottom of the pan with thin layers of lavoshak flat bread or thin potatoes.....mmm this is really tasty.

You can buy a special Persian rice maker. We have one but I don't like using it because I think it makes the tadik really hard and chewy and not crisp and crunchy as it should be. I much prefer to make it myself. But it's useful if you are busy and have other things to do.

Measure the rice into a saucepan, one cup per person. Then wash it until the water runs clear. This may take a little while, five or six washings or even more, but is a really important stage as it not only removes any dust, but I'm told that it also reduces some of the starch which makes the rice sticky. I've done a bit of research and it seems the debate is out on this one...but washing it this way does keep the blades separate and stops it being sticky, which is what's required for this method.

Then cover with plenty of cold water and season with sea salt. Then bring the rice and water to the boil and cook until the rice is al-dente. Remove from the heat and drain into a colander.

Add a little water and oil into the empty pan and place on the hob on a high heat to heat up the water. Then return the rice to the pan. Cover the lid with a tea-towel and place securely on the pan. Once you can hear the pan sizzling, turn down the heat and leave for thirty to forty minutes. If you splash cold water onto the side the pan it should sizzling indicating that the rice is cooked.

Place the pan in cold water to cool down and than empty the contents including the lovely crunchy tadik......double yum....

Here's a video of a demonstration of Persian rice making - a little different from the way we make but very similar....