Variations on an old favourite 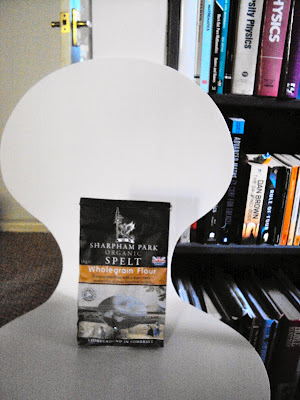 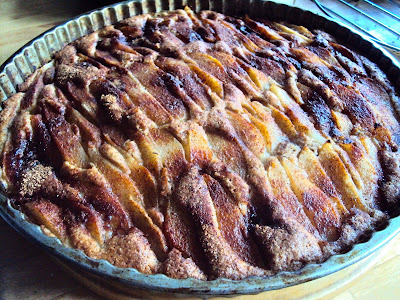 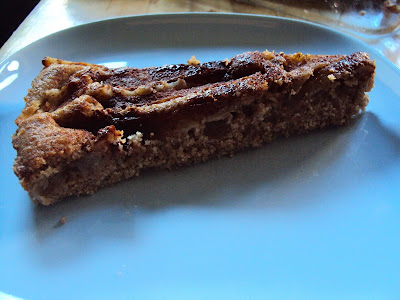 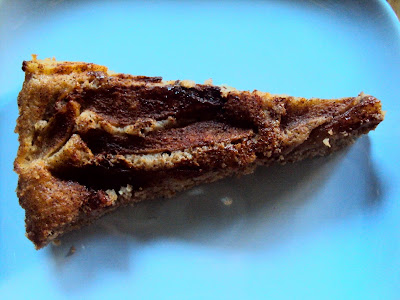 I love my mum's apple cake recipe and didn't think that I could improve on it. I've tried using different fruits like pears, and it works great.
This time I used pears again, even though we have tons of windfall apples. They were getting neglected in the fruit bowl and definitely looked sorry for themselves. I also used Sharpham Park Organic Wholegrain Spelt Flour and the result was amazing.
I've been trying out a number of different brands to make my spelt bread and the recent favourite had been Dove Farm. I do like to think that I'm can beat the advertising men and women at their game....... that I'm big enough to know what they're doing.....and yet I have to admit that I do get a bit seduced in the store by the different packaging....usually the more the image on the packet looks like a scene from Tess of the D'urbevilles (which the scene on the Sharpham Park does) the more inclined I am to think that if I buy it, and bake with it, I'll be transported into the scene too.
But I have found that sometimes the more rustic the grain, the heavier and drier the bread is.
Sharpham flour is fantastic though because it has a lovely, almost walnutty flavour and although has a good colour it's milled really finely. The results are really moreish.
I'll definitely be using it to make this cake again and other recipes too. It was moist and flavourful this was partly due to the pears being very ripe and having a lovely flavour too but combined they were heavenly.....mmm...mmmmm.....
Posted by debby emadian at 03:35