Roasted Pheasant with Shallots,Spinach and Carrot and Parsnip Mash. 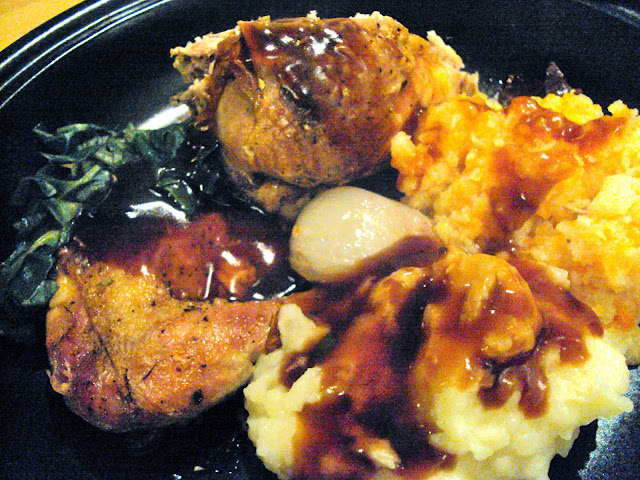 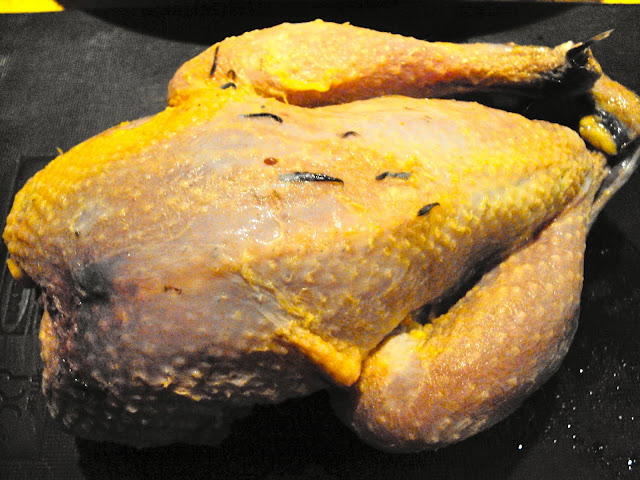 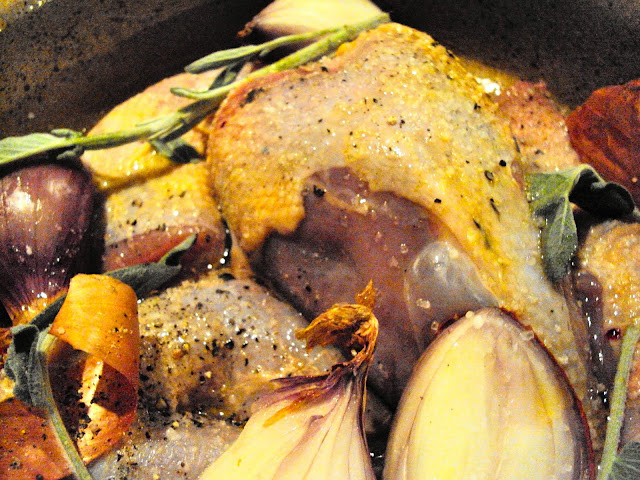 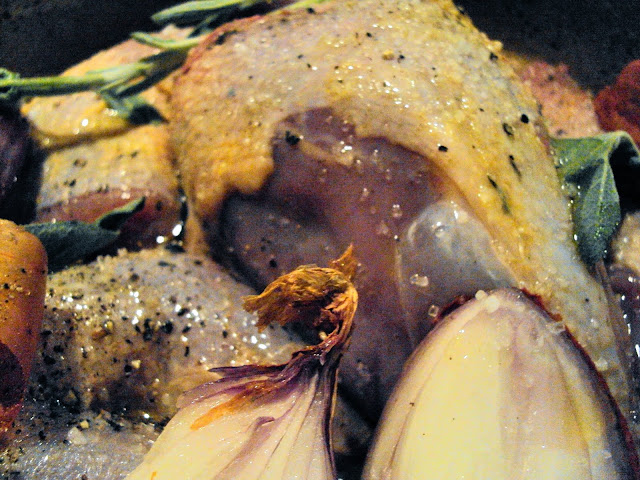 Although I don't eat red meat I do eat poultry and fish. This weekend I cooked game for the first time. I cooked a pheasant and was really pleased with the results. It was only a small one about 650g just enough for 'A' and me because we're not great meat eaters and there was even a bit left over. It came from a woodland in Hampshire, it was on special offer with my organic veg box scheme.

I checked in Jamie At Home to find some kind of guidelines as to how I should cook it and decided to spatchcock it. Basically you just place the bird, breast down and kind of squash it with the palms of your hands. Then take a sharp knife or kitchen scissors and cut the bone out of the back. Then flatten it in an oven proof dish. It was such a pretty mauvy-pink colour as were the shallots that I cooked along with it. I seasoned, oiled and added sage leaves (because I'm a bit obsessed with them at the moment) and baked at 180c for about half an hour until cooked through. Then served with creamy mashed potatoes, mashed carrots and parsnips, the baked shallots, gravy and the ubiquitous mulberry sauce which crops up in almost everything I eat at the moment from breakfast pancakes, to poultry suppers and deserts.
I was really pleased with this Sunday supper. It was local, seasonal and very tasty. I will definitely cook pheasant again an alternative to chicken....as long as I don't have to pluck it!
I did find though that the pheasant does have quite a strong smell whilst cooking and at first thought this was going to put me off eating it. But I really enjoyed the flavour. I also think that the breasts could easily dry out I think I just caught mine in time so do keep an eye on it whilst cooking.

This was a big thumbs up!