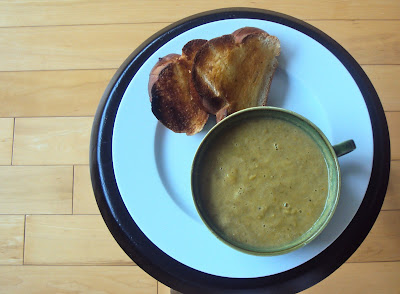 I don't know why but I've suddenly had my fill of broccoli. I must have eaten tons of it in the past, but without realising had gradually stopped buying it. That was until some came in my organic veg box. I could have asked them to substitute something else, but it is seasonal and full of folic acid which is supposed to be good for you, so I didn't.

But I didn't use it when it first arrived and was lovely and green and crunchy. Then, I put it out of the way in the fridge to keep for another day. I forgot about it, and it lost it's lovely vivid colour and started to get a little bit yellow...but I was determined not to throw it away. Eventually I pulled my socks up and decided to do something with it.

Broccoli soup? It always looks nice and sounds good on lunch menus in little country cafes, especially after a long walk on a cold winter day. But my broccoli was so yellow that I decided to try and put the green back by adding all the other green vegetables I had left. Which wasn't very many. But they say that 'less is more' and the result was a really tasty soup.

To make my Green Soup to serve two people you will need: 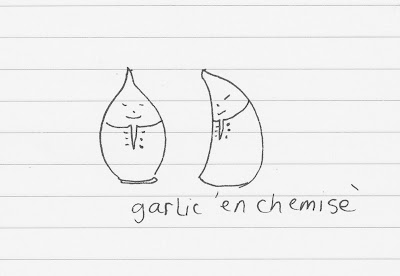 I'm not usually a great fan of blended soups except for carrot and coriander but I think in this case it works well, as did the balance of flavours. The slightly bitter broccoli was enhanced by the sweetness of the peas, and the flavour of the garlic and leek removed any need for additional stock.