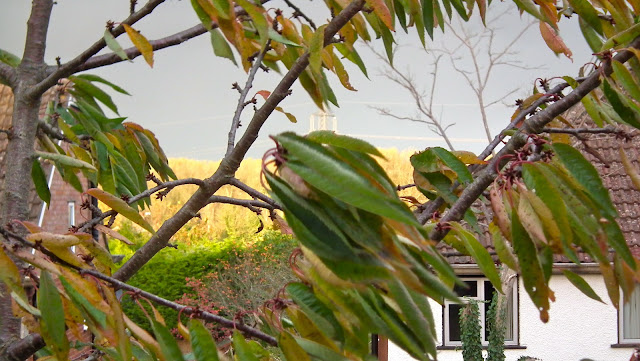 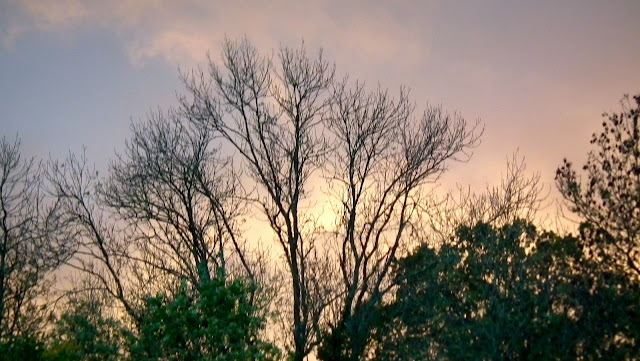 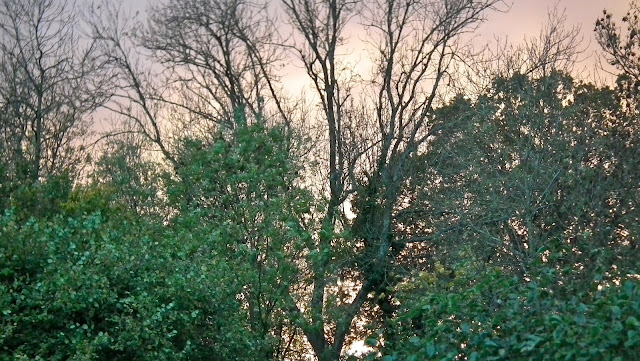 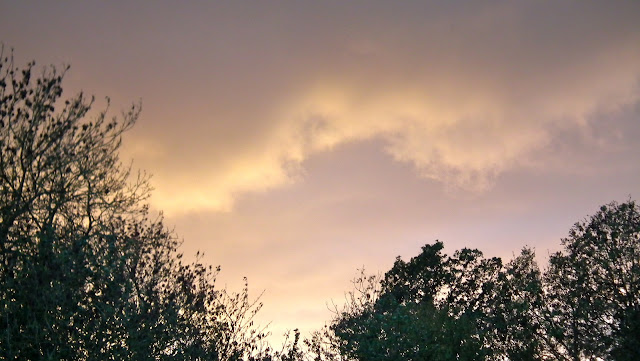 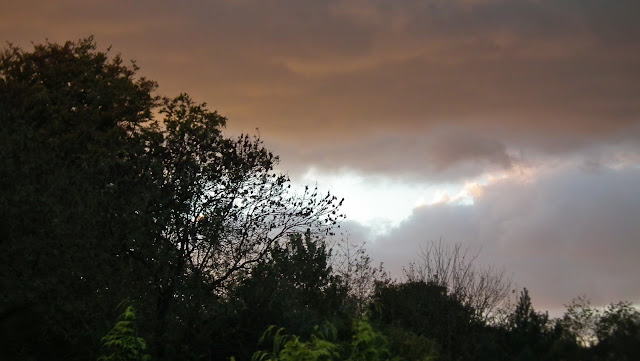 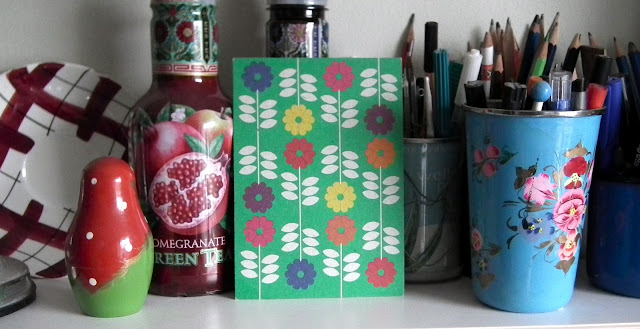 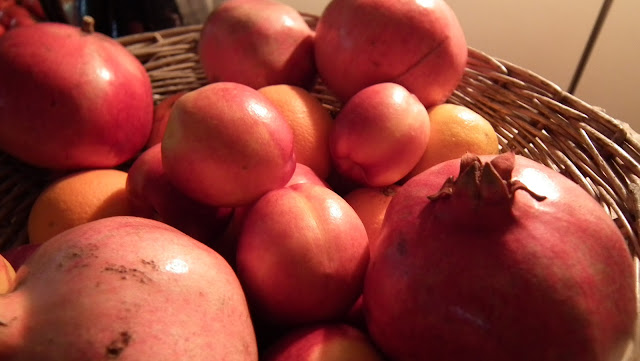 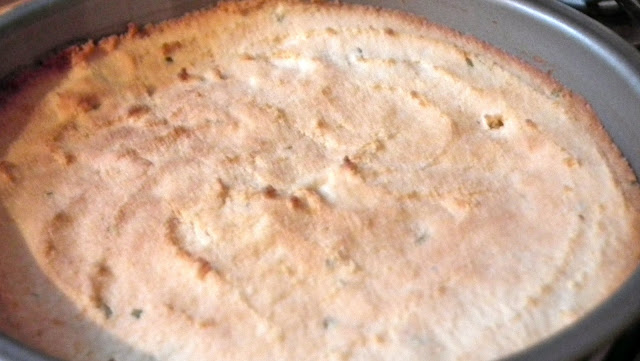 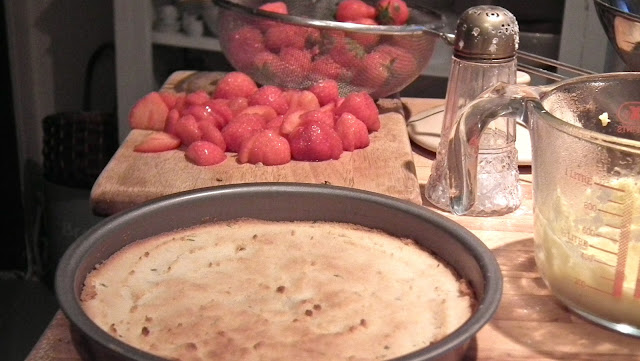 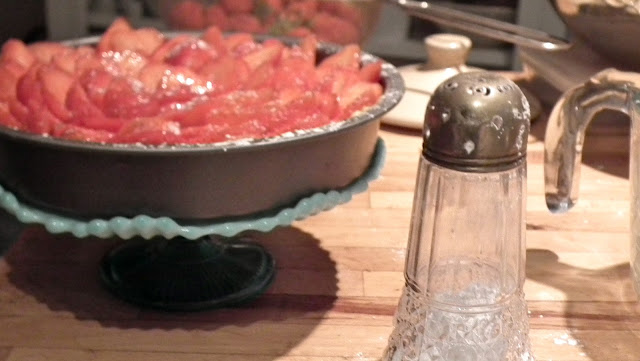 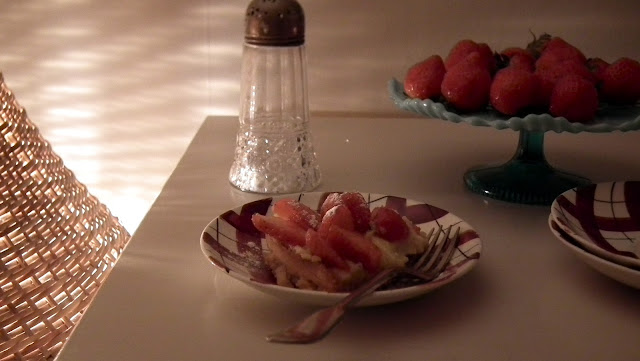 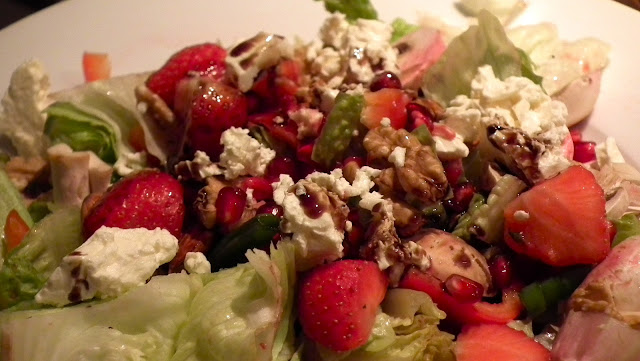 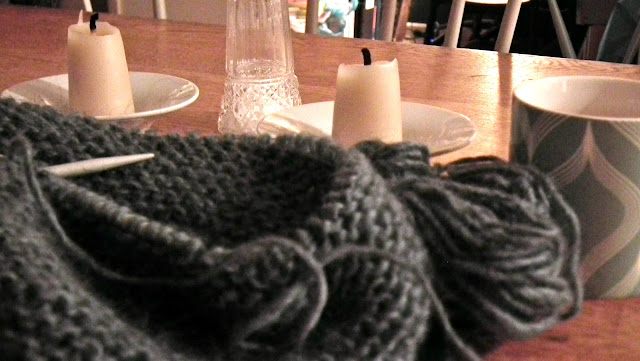 The week had been the kind of warm and grey that made you want to stay out late and not come home. Then it changed - Friday night an icy wind began to blow.   Saturday morning the light was different...I saw it coming under the study door and thought I'd left a lamp burning. There were rainbows from the glass prism hanging in the window, shafts so bright they showed fibres dancing in the air. All the pink and blue skies of October seem to be over and everything is pastel now that November's almost here.

I was supposed to be working with this artist on Saturday but the bug that had been plaguing everyone else was trying it's best with me too. I couldn't go and we had a slow day. I ignored the housework...I became a housework hippy...Then later, I baked a strawberry tart with a dough recipe that I found here with almond flour and coconut oil. Then I made confectioners custard that was something like this one.  But mine had three egg yolks and no whites. I sliced up lots of strawberries to put on top and more strawberries in salad with pumpkin seed oil dressing. I think that's probably the last of them  for now.

Sunday was another day. Everyone on their own adventures. For me produce shopping in Abingdon I could smell the coffee whilst crossing the square, church bells chiming loudly. Stocked up with  basics sugar and butter, baby orzo pasta for packed lunches, then walked a bit over the bridge by the river... until the ice winds bit too hard and I ran back to the car and home to warmth and lots of washing...

I'm sharing mine with amanda...are you coming too....