Oddfellows and an ominous envelope...celebrating life as it is...a natural high that beats Champagne... 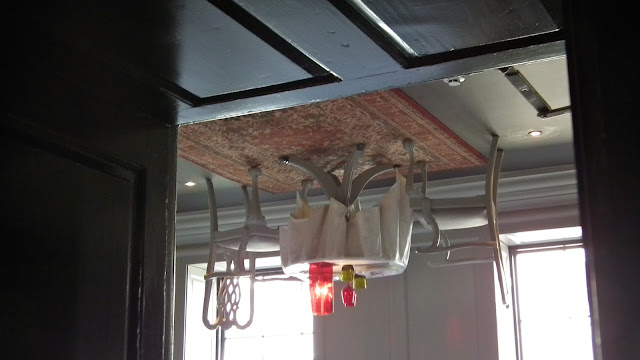 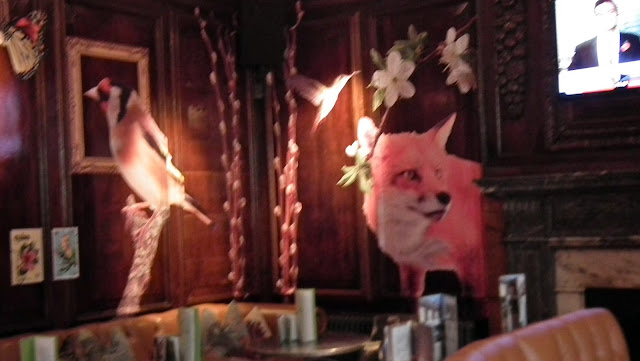 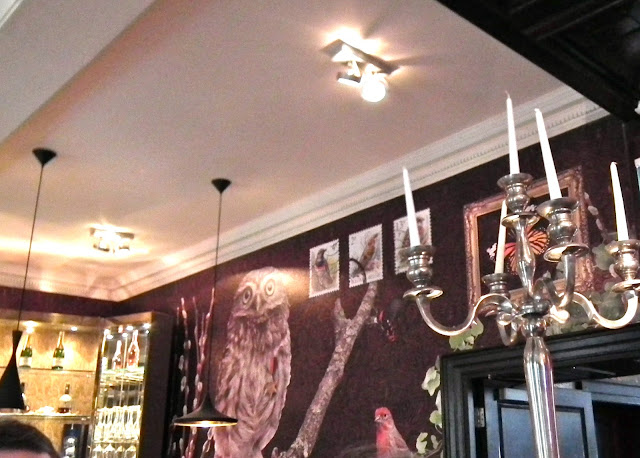 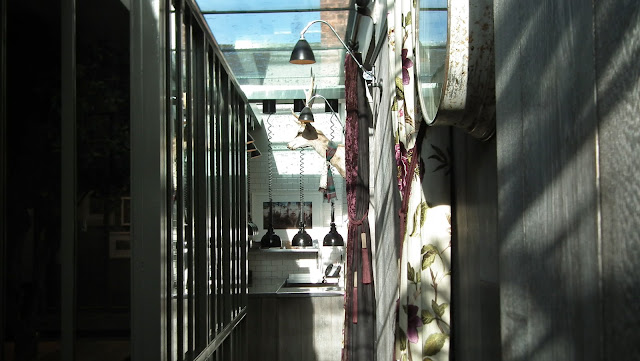 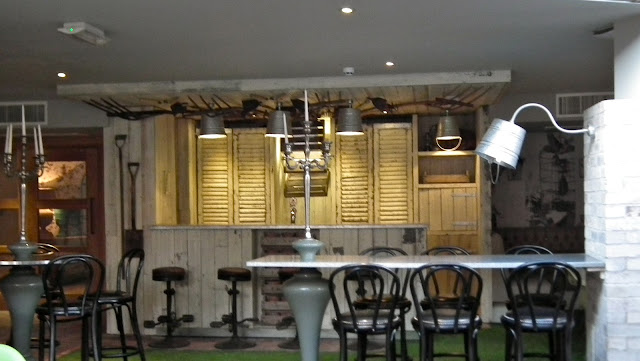 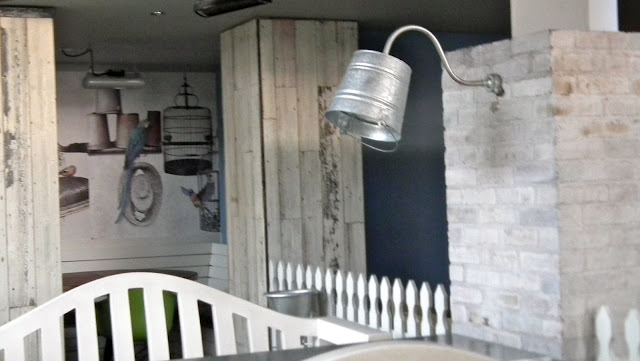 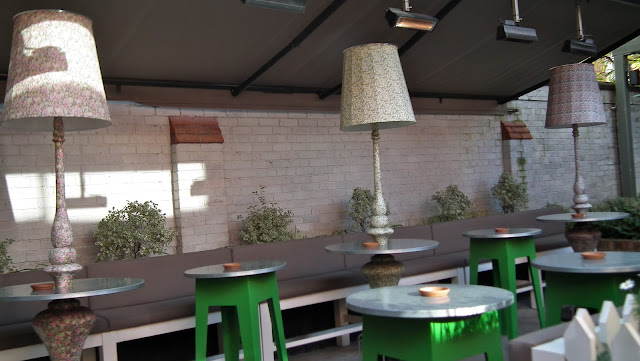 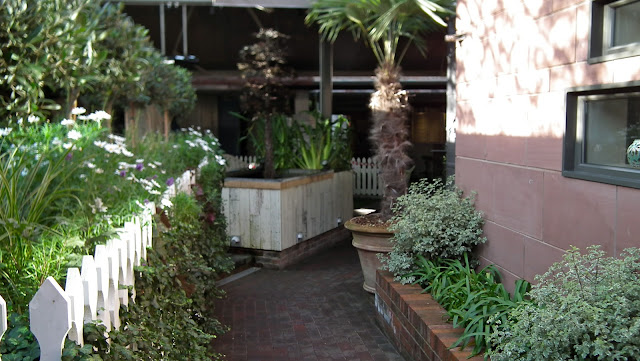 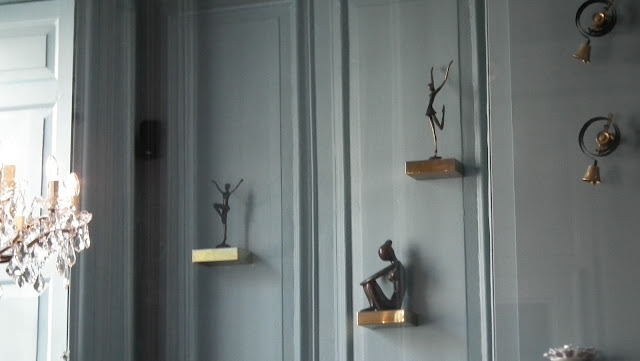 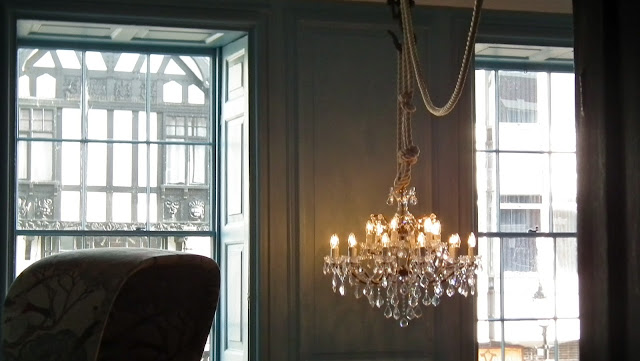 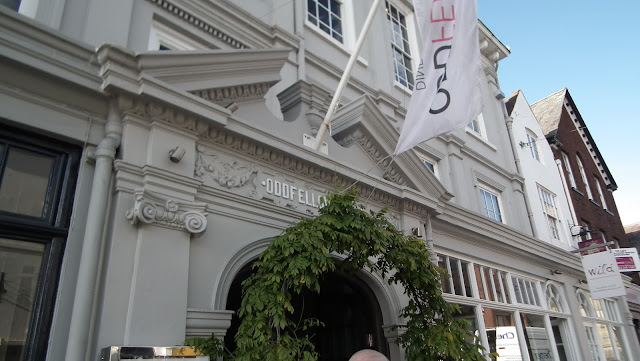 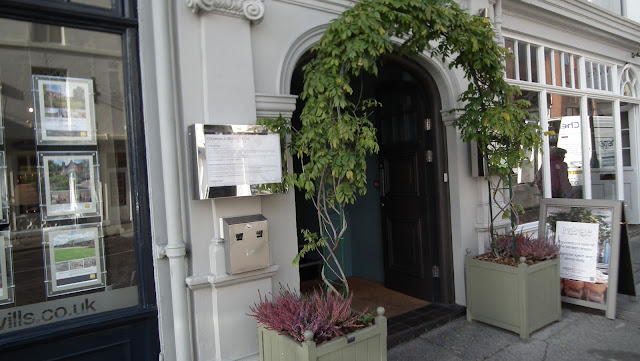 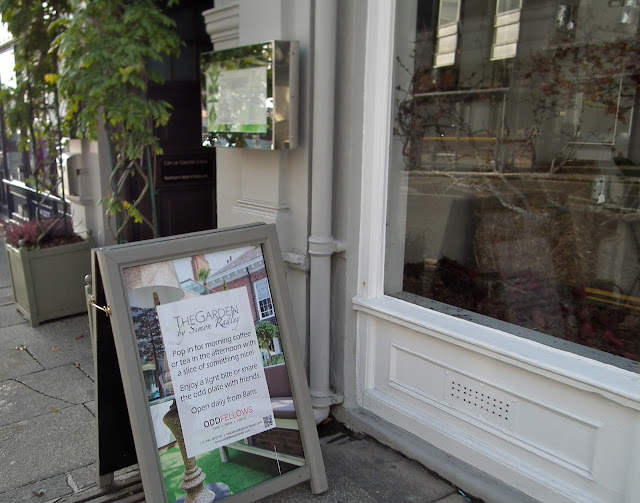 I'm hopeless at catching up posting photos from trips. I've still got some from ages ago to share. These are Oddfellows in Chester, last week.  I wanted to show you because it's a fun place to visit. The decoration is quirky. The garden has been brought inside, and the inside out, table and chairs on ceiling and typewriters on walls. Shades of Alice in Wonderland...or is it Mary Poppins? P suggested we go in and take photo's. They were so friendly and nice we decide to go back for a drink.

We returned for coffee/tea and ended up having Champagne. It kind of started as a joke. I suggested we share a glass...but didn't really mean it. P ordered one, then A came in and ordered more.  It became a celebration of catching up with each other. Of everyone being happy and together at last. Of their moving closer to the city centre.  Of their sons' bands' new single being released and album next spring, lead film acting debut, daughters  book illustration commission, other son's wedding...All very exciting and reassuring for parents when their children are in such unpredictable creative careers.

Also for me and A. I hadn't told the others I suspected good health news...but there's always a little niggle at the back of my mind. There it was when we got back to Oxford...we opened the door and the envelope was on the floor. A little blue key printed on it and stamped with Private and Confidential. Mammogram results...Five years now since the operation and all the treatment that followed. Thank goodness the first words were "We are pleased...."

I can't tell you the feeling...even though I had an inkling that it would be OK...I look well and I feel well too... But the rush when you actually see it in print...it's like life has been given back to you all over again...of not being scared of the postman or the phone ringing any more...

...You don't need the bubbles of  champagne to get that kind of high! 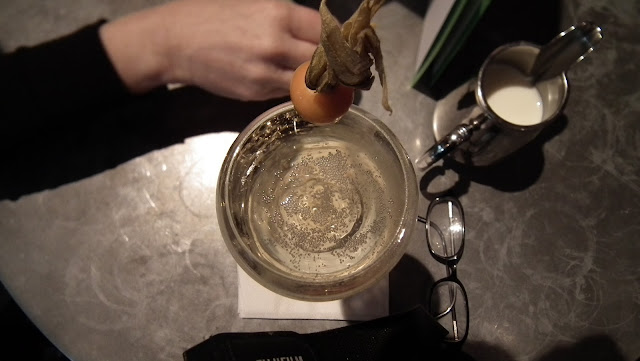 ,,,and the letter with the blue key? I've kept it, it's good to look at on those odd days when I forget just how good life is...
Posted by debby emadian at 23:58