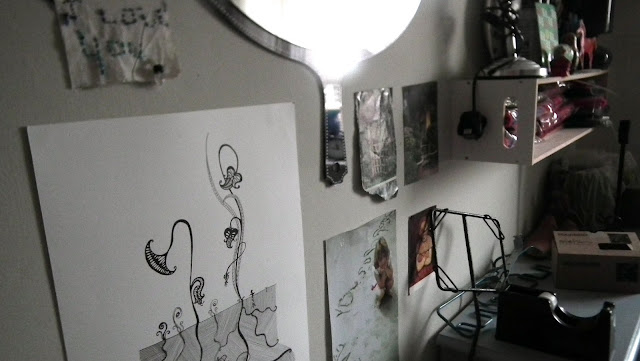 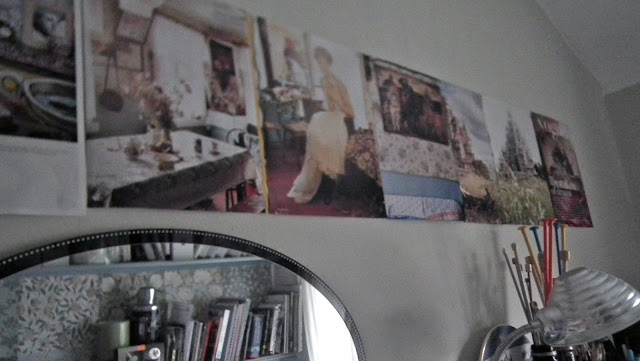 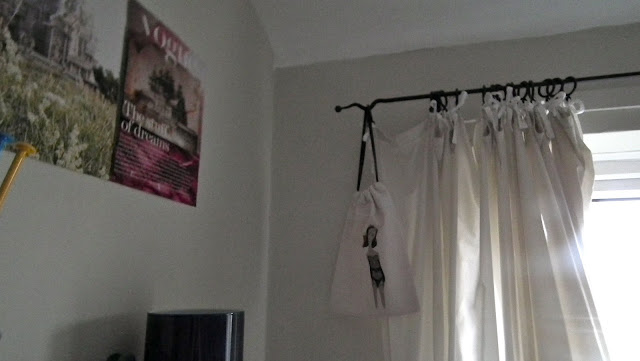 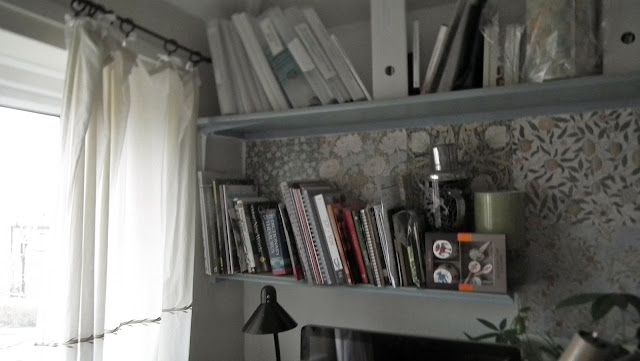 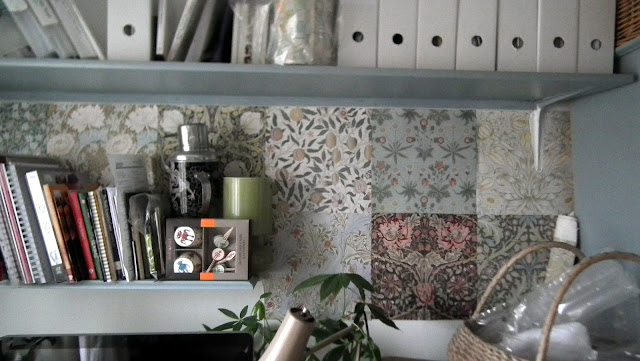 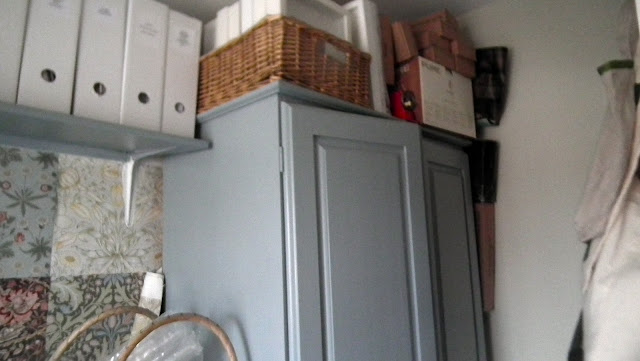 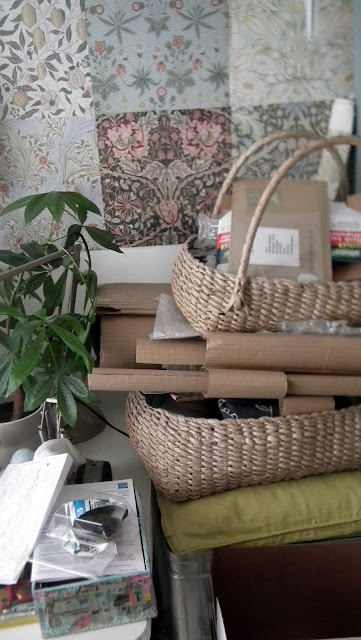 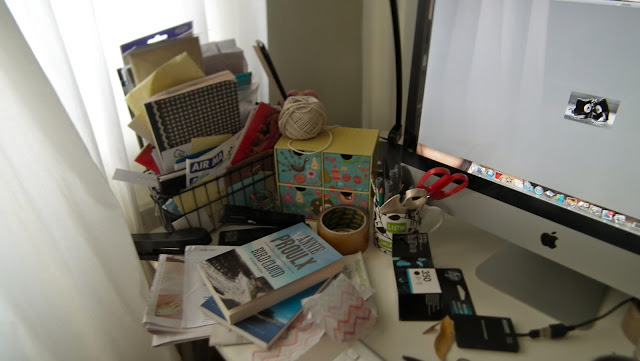 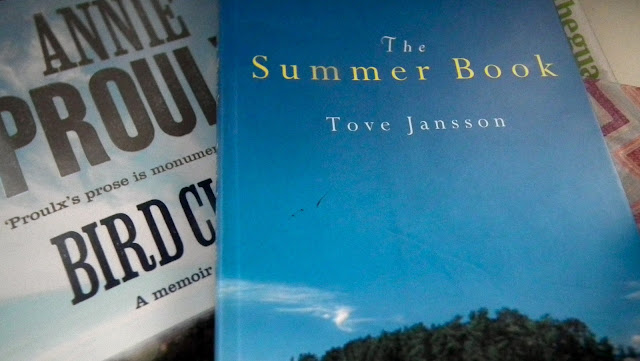 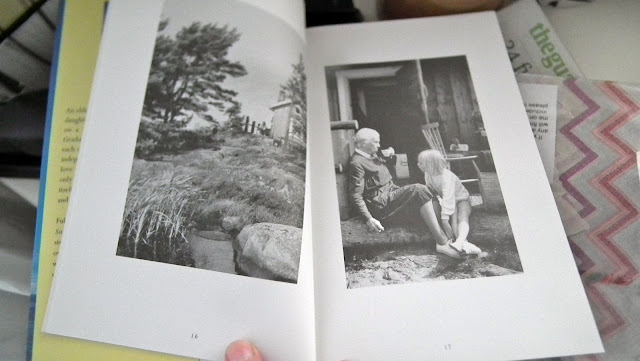 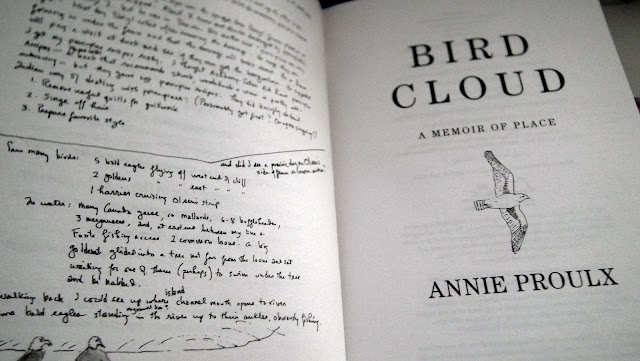 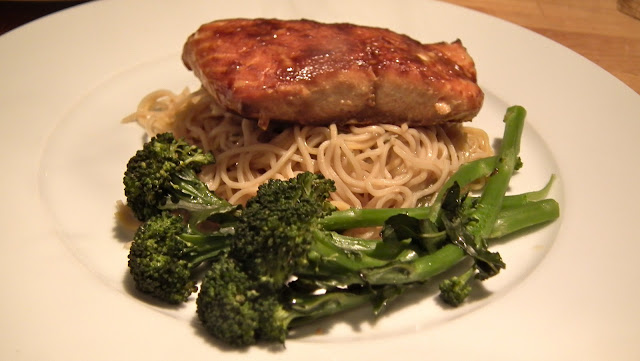 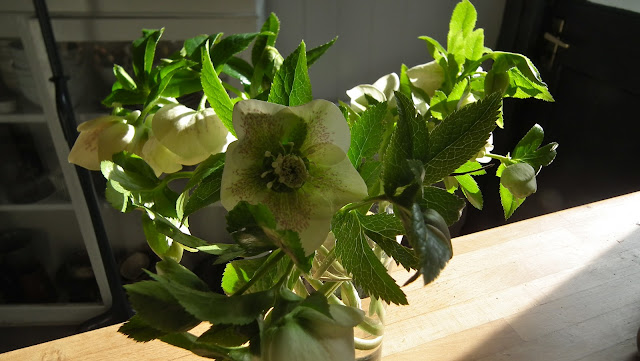 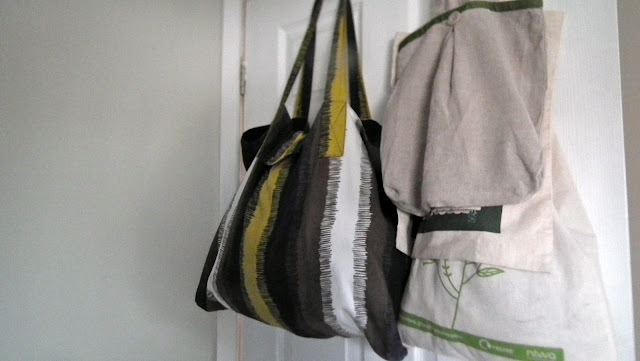 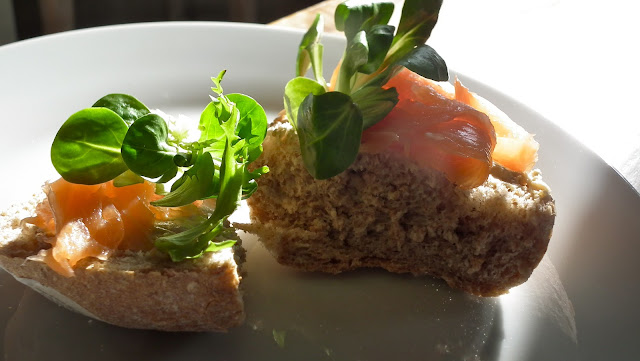 I think the first thing that H cooked for everyone when she came back home from a trip to Japan, was Salmon Teriyaki with Pak choi, and it was the first time that I'd ever tasted it. This weekend it was my turn to make it, with miso noodles and steamed sprouting broccoli, that I cooked using just one pan and an oven proof dish. Which is a triumph for someone who usually manages to use every single pot and pan in the cupboard. Hurray for recipes with minimal washing-up, and maximum flavour. I've written the recipe below if you'd like to try it too.

I spent lots of time in my study over the weekend. Which now looks as though a minor paper and cardboard volcano has erupted. The "before" photos are my attempt at shaming myself into tidying it up. I thought if I share just how messy it is with you, I'll be so ashamed that I'd be forced to tidy it all up, for an "after" reveal...Lets see if it works.

Longed-for books arrived in the post on Saturday. The sun came out and the sky was a brilliant blue with hardly the hint of a cloud in sight. 'A' and I went to Cowley Road for a spot of produce and vintage shopping. Watched an air balloon sail overhead and had a coffee and sweet, sweet Turkish pastries. Really too sweet, but we ate a whole box between the two of us, and chatted with the friendly owner of a little Middle Eastern cafe.

Back in the study Sunday, I caused more cardboard eruptions but got lots of work done, then we drove to London Sunday evening for supper with A's sister and came back much too late for a Sunday night. But not too late to start reading the longed for books, just for a bit...It was a good one...

To make Baked Teriyaki Salmon you will need:


You may like to add fresh ginger and garlic some recipes use both, also mirin, Japanese rice wine or lime and fresh coriander. But I like just the simple combination of the soy and Maple syrup.

There are lots of different ways to make Teriyaki Salmon some require cooking the sauce in a pan and using sesame oil, then pan frying the fish before combining. But this is the easiest method and by cooking the fish in the sauce this way it reduces to make a lovely sticky glaze. You may also like to sprinkle with a sesame seeds before or after cooking.