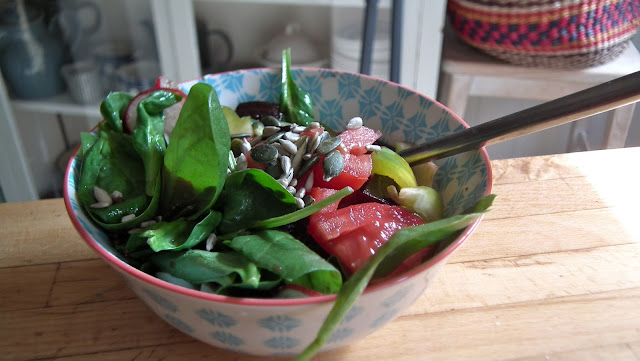 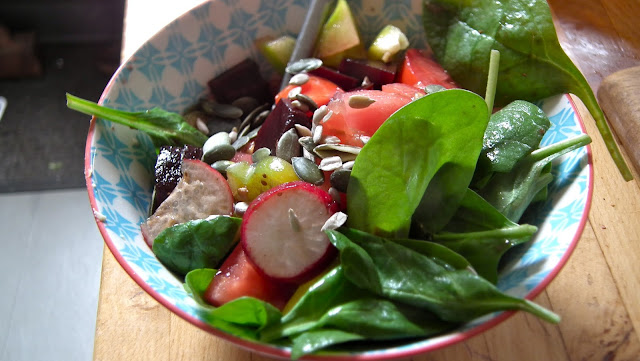 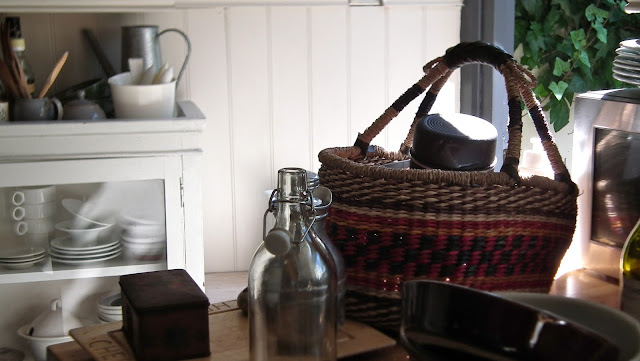 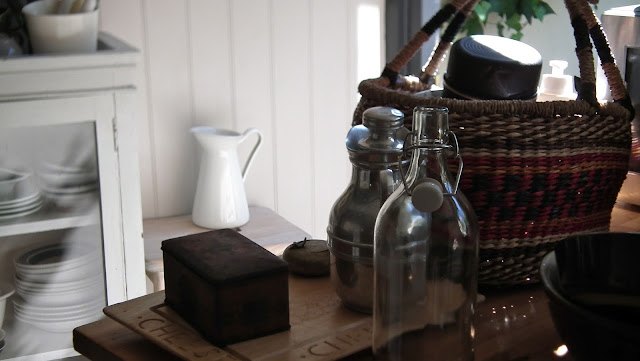 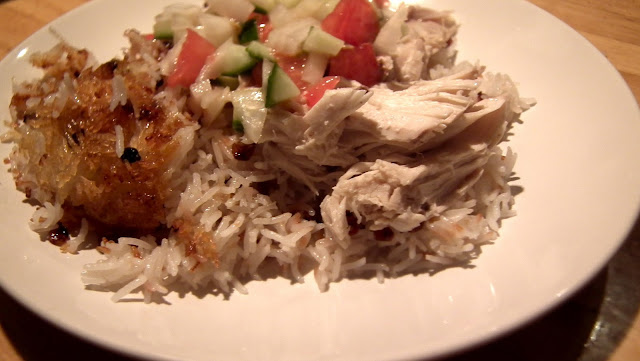 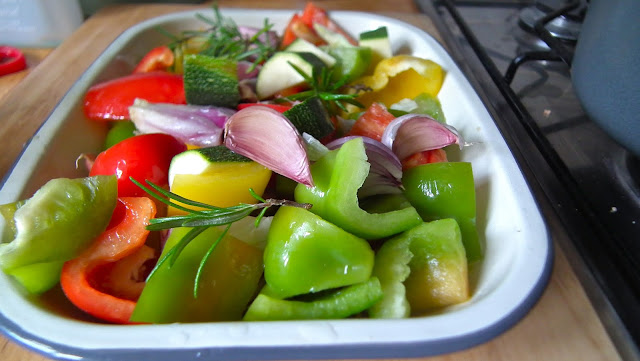 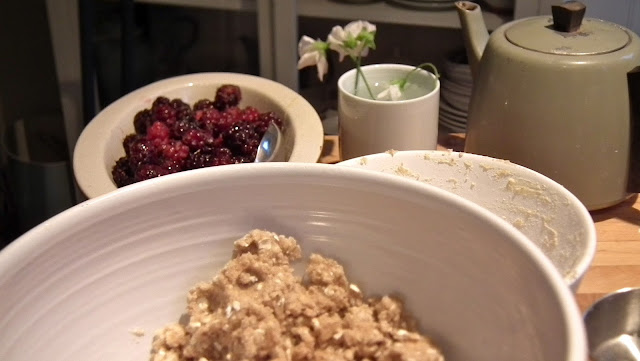 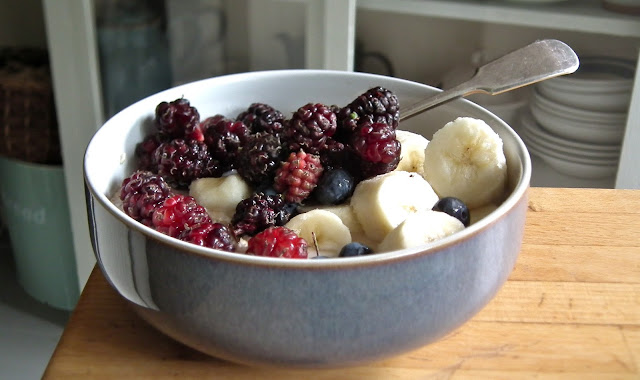 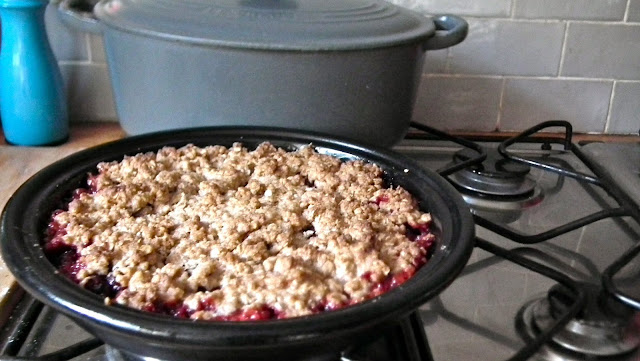 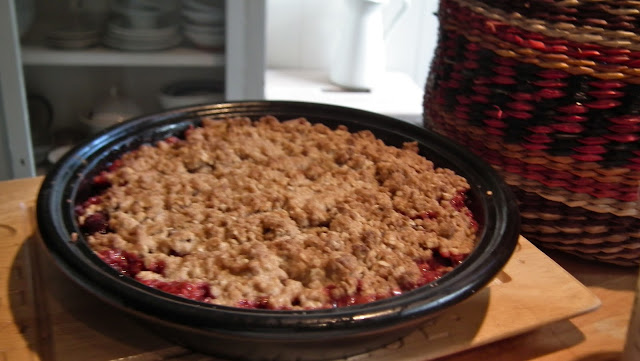 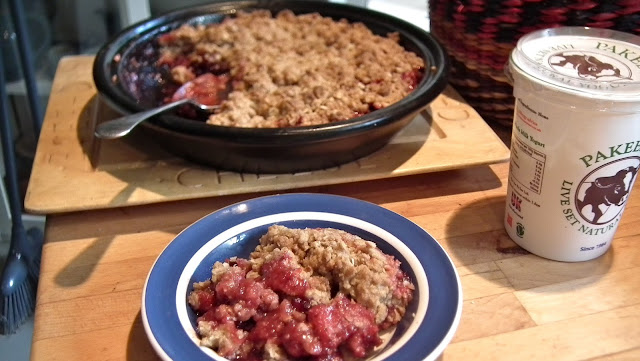 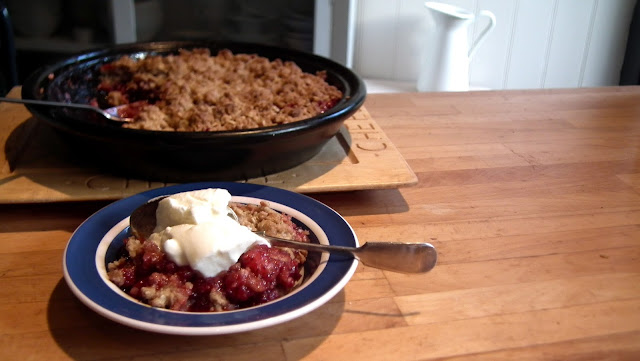 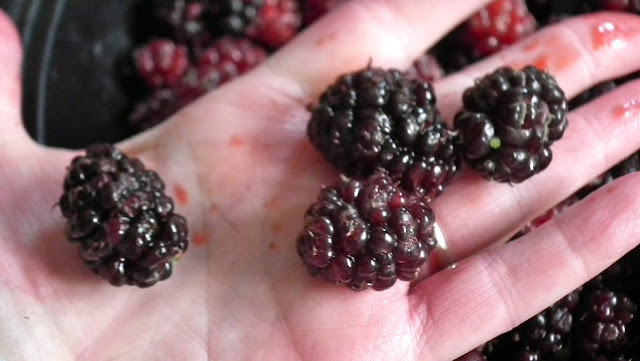 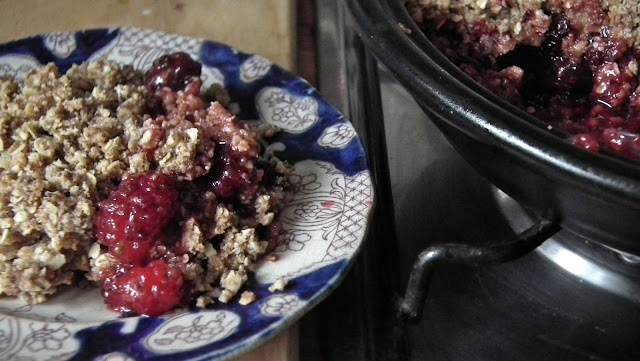 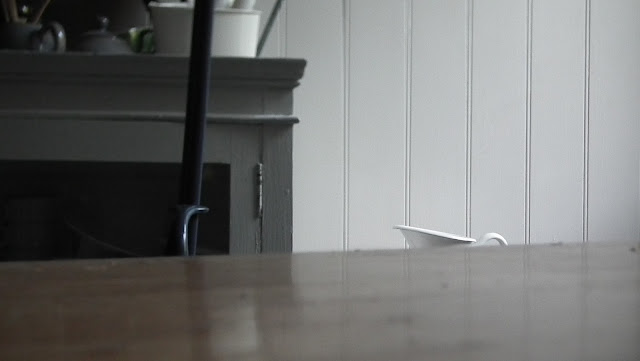 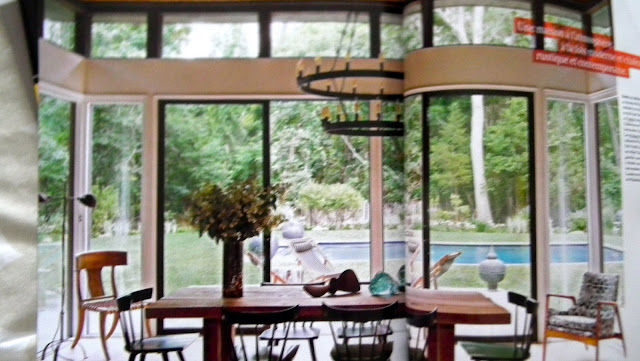 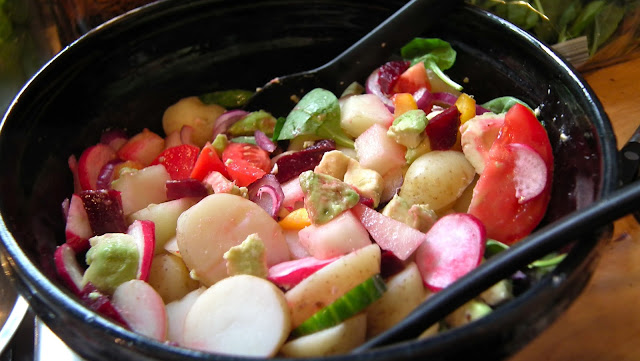 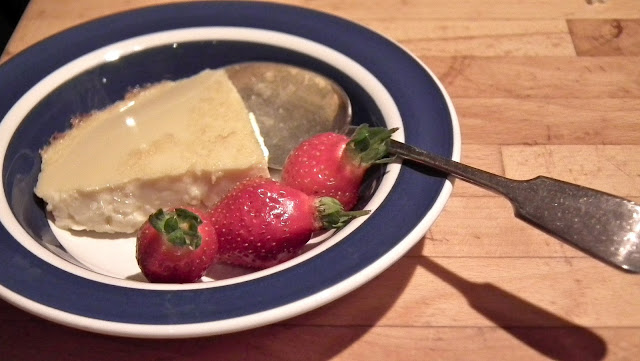 It seemed like we were going to have an Indian summer. Blue skies and warm sun. Not too hot, with that nice cool breeze that whips through the open windows and continues to carry the scent from the honeysuckle that's still blossoming three months on.

We spent the last week of the summer holidays cutting off branches and picking big fat juicy mulberries to make spelt crumble...lots of crumbles...that I would eat for breakfast dinner and tea given half a chance. We steeped sour dried black barberries to make big jugs of juice and cooked red ones with honey for sweet/sour zereshk polow (barberry rice). Made salads with anything I could find and soups with roasted vegetables or pumpkin.

Oh and French flan...whoops forgot to show you the photo last time...and I read the magazines 'A' treated me to when we were away...a big stack of them...Whenever I miss those days all I need to do is whip up a batch of flan and take out one of those magazines... It's almost as good as being there...

To make Barberry Rice you will need:

Method:
This is traditionally served with saffron chicken. Saffron Whoops that should have said chicken gently poached with saffron.

...and the spelt crumble...I used this recipe here but double the crumble ingredients. I just piled up a dish with mulberries and poured some honey over and then topped with Miss D's lovely topping. Yummy...

What about you, are there any favourite seasonal recipes that you can't stop making at the moment?

I'd love to hear about them...