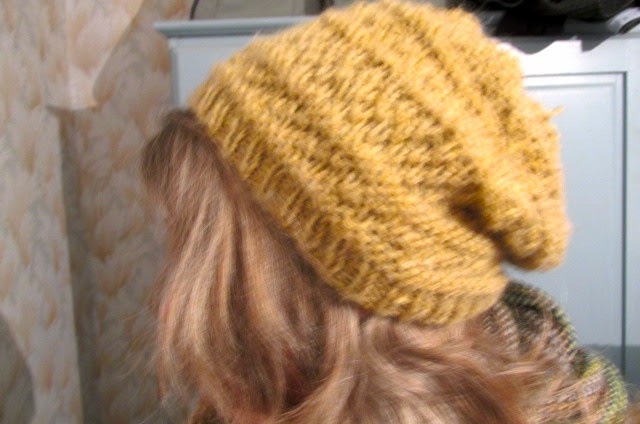 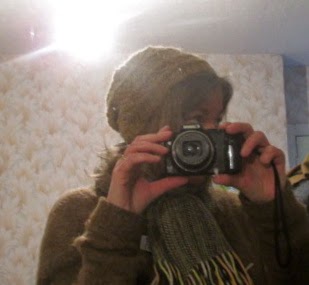 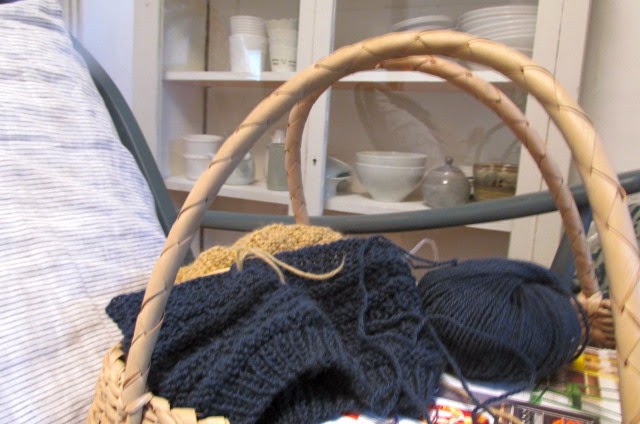 My Dolan beret is finished. Apart from threading  through the yarn ends, but that will only take a second. (You can probably see them sticking out like a little tail at the back. You can also peep at our inherited old lady wallpaper on the bedroom wall.) Now my head will be toasty and warm when the icy winds blow. Apparently there's a weather bomb on the way...

I love this pattern it's very simple but with just enough interest to not get bored. You can easily make one in an evening if you happen to have one to spare. Or like me, pick it up when you have a few minutes to quietly work a couple of rows. I like the random patchwork quality of the different blocks of pattern and the texture they introduce. So I've started another one to add to the gold and the grey ones. A true navy one in the same Blue Faced Leicester wool. I might just have to make a neutral one as well in Ecru, then I'll be completely set for winter. That should be enough.

Ooh, but don't you think that fair isle could work with this pattern too? Imagine the colour combinations I could use...

I've been reading American Bloomsbury and flew through the pages until I reached the last few chapters then I began to dawdle a little. Partly because I didn't want it to end and partly because it's a biography and everyone started to die off. Sad but true. I loved it for the insight to the American Transcendental writers lives. For the descriptions of nature and life that echoed the European Romantics, for the true romances and infatuations and that it directed me to lots of books that I want to read, or re-read. So it's not so much of an end but a beginning.

books that I now plan to read:
...and what I plan to make next:  Some cute little fair-isle Christmas tree decorations using this free pattern. Don't you think they would make perfect stocking fillers?