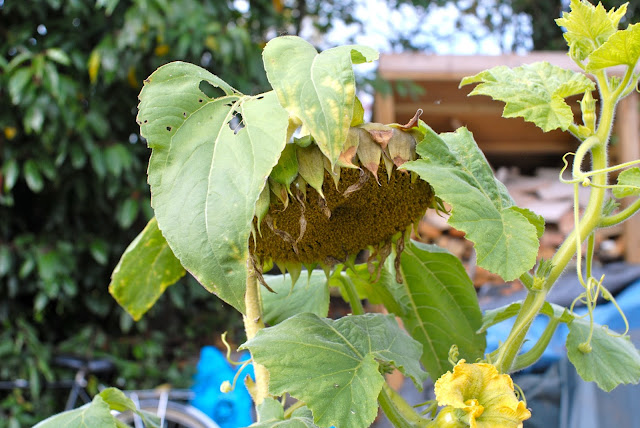 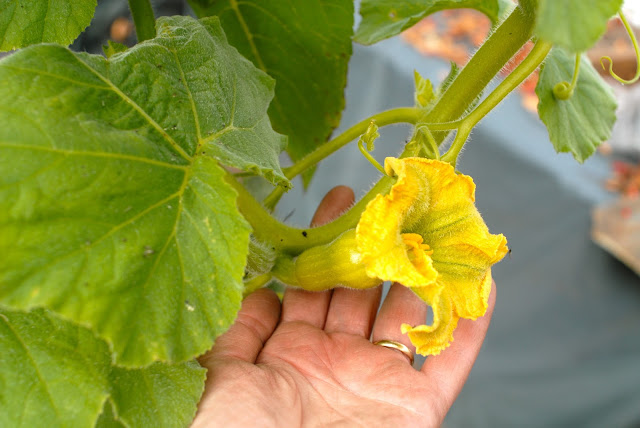 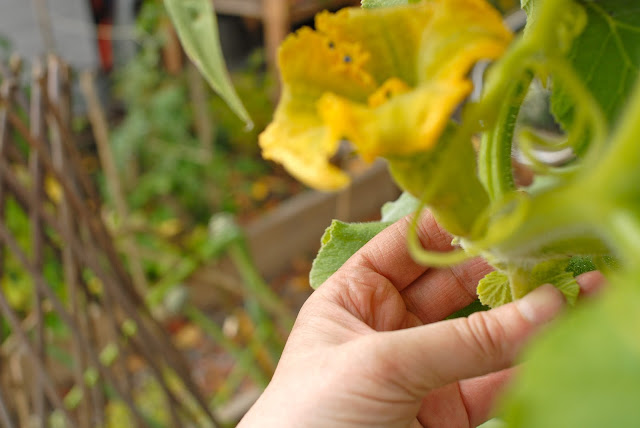 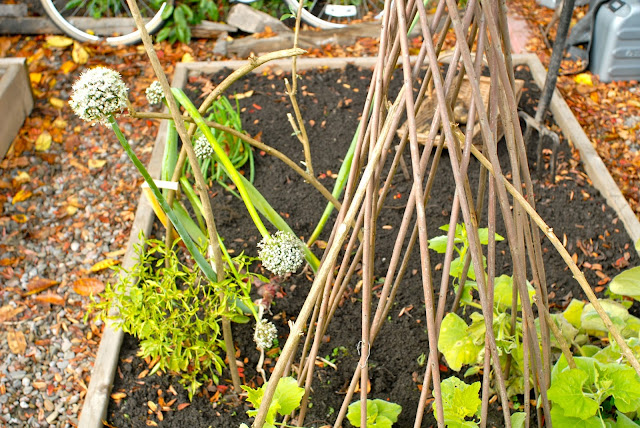 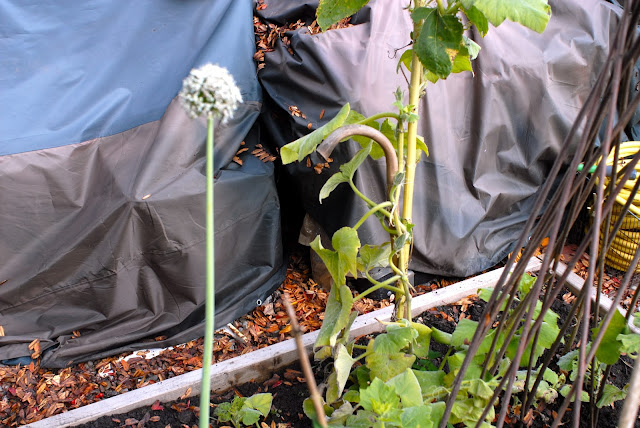 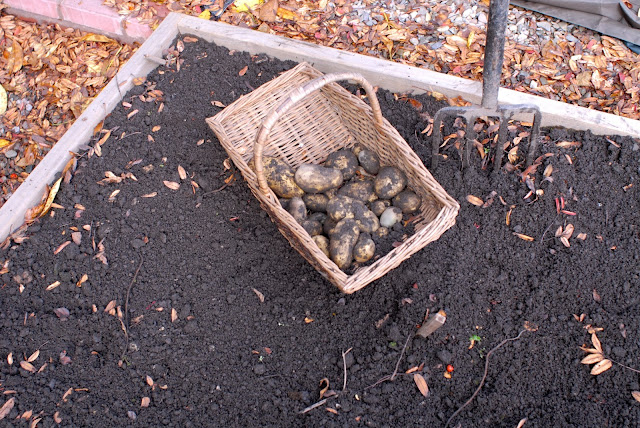 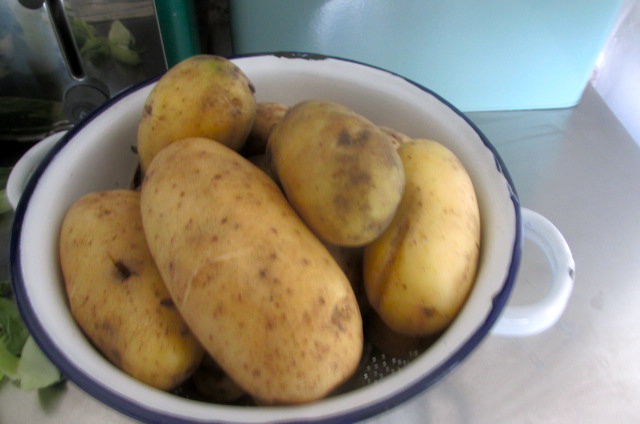 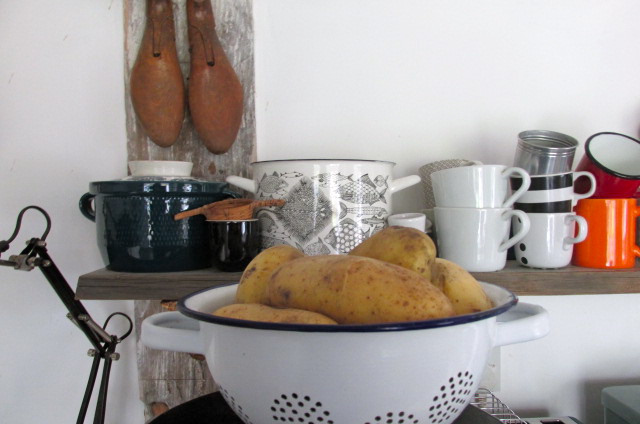 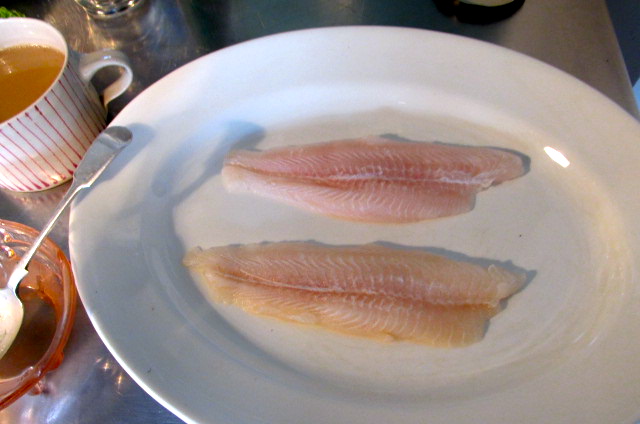 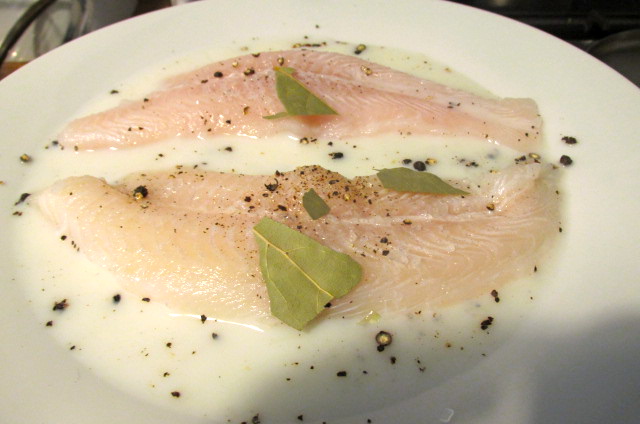 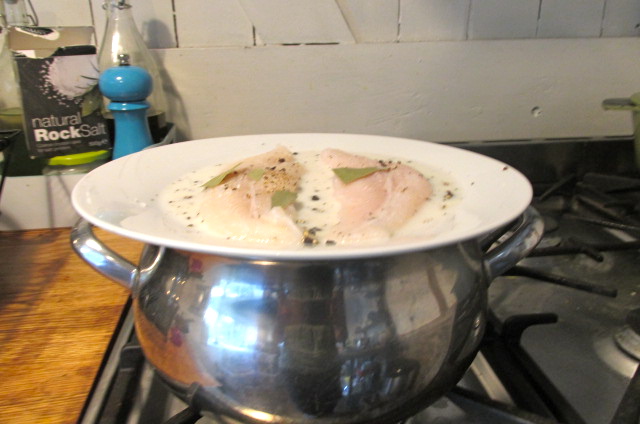 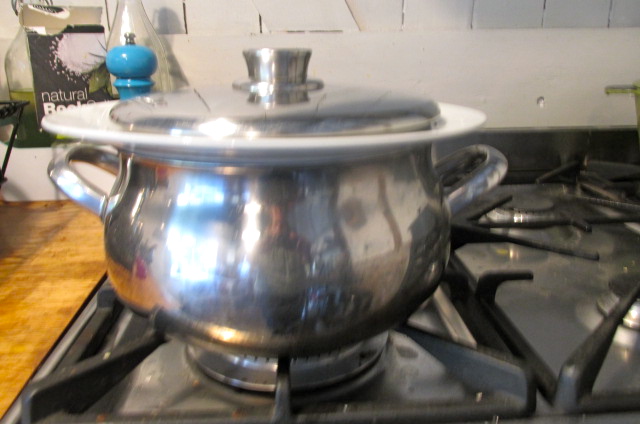 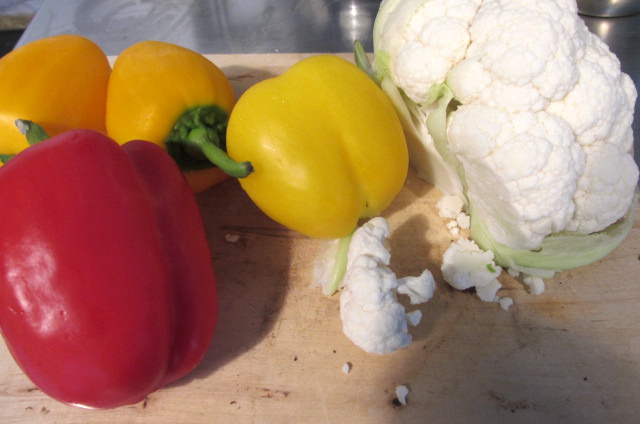 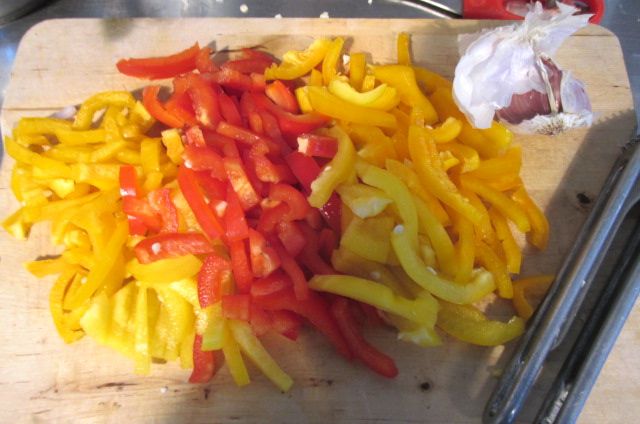 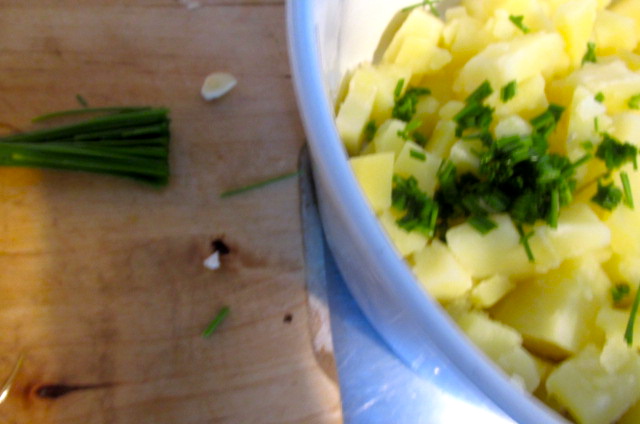 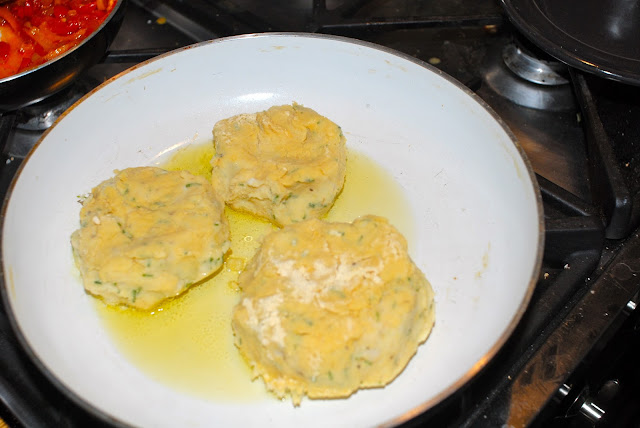 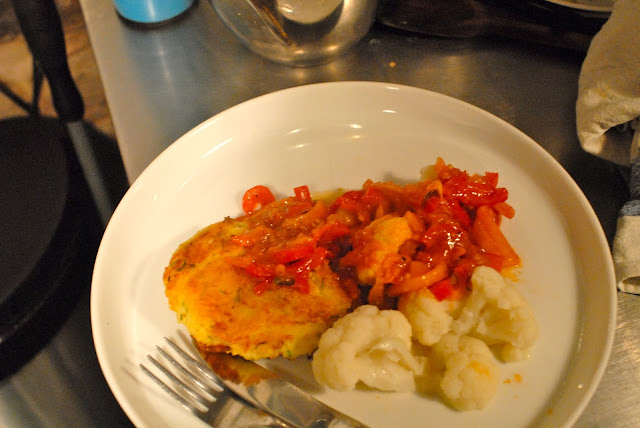 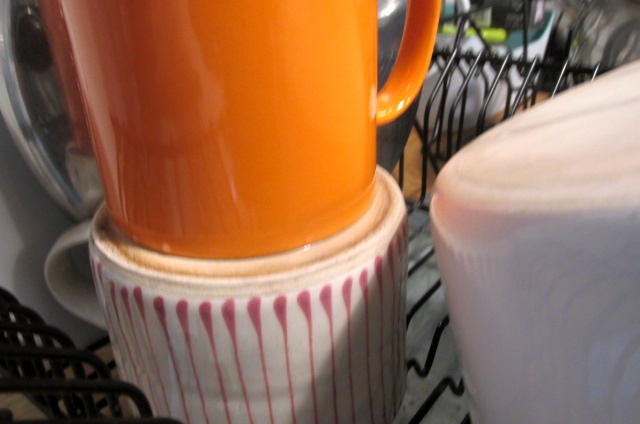 Maybe it's because I was born and raised in the city, that I get stupidly excited when a shrivelled old potato that started to sprout angry purple roots in the vegetable rack can give me back a whole colander full; if I just dig a little hole, bury the potato and water it every so often...Don't you think it's amazing. Or is it just me?

Or that a green vine with cute curling tendrils and golden flowers would emerge when I planted the seeds, saved from a butternut squash that we'd eaten.  Even when the flowers dropped off and I had to take off some of the leaves and prop it up on Bababozorgs old walking stick and the sunflower stalk and follow wise advice from the lovely Jane, to give it a good talking to...Gently but firmly...And guess what...It produced more flowers and they are still in tact. There's even a cute little bulbous protrusion on one of them. MY FIRST SQUASH...Can you see it?

Yesterday the wind blew most of the leaves off the plum tree and wafted the scent of the sweet peas and the honeysuckle around the garden. It was mild and balmy and smelt like spring all over again. A robin landed on the fork handle and I heard what I thought was someone cutting branches with an electric saw to fill up their woodpile. The buzzing got louder and an enormous bumble bee buzzed by my ear. The robin lingered to keep me company. Or probably just waiting for fresh worms, whilst I weeded the vegetable plot and dug up the potatoes and found the squirrels treasure trove of cobnuts. I even sneaked a peek at the baby carrots...They are growing with the fruit bushes in another bed but I'll leave them in the nursery to get a little bigger.

While digging I remembered the piece of garden that was mine when I was seven. How I planted a potato and maize seeds, watering them with a can that was almost as big as I was. I checked them every single day until I couldn't wait any longer and impatiently dug up those minuscule pearls. Washed them and put them into my tiny silver toy saucepan with the shiny red lid and begged granddad to let me cook them on the stove... It's still just as magical to me today...

This is how I used some of my lovley homegrown potatoes...

Ingredients to make two small or one large cake each for two people:
( I made two small and one large)

Optional for a crumb coating:

Method:
This is a sweet sauce but you can soon pep it up with by adding either fresh or dried chillies when cooking. It works well with the crunchy fish cakes and other seasonal vegetables, and would be just as good with pasta.