Istanbolli Polow and A simple equation. 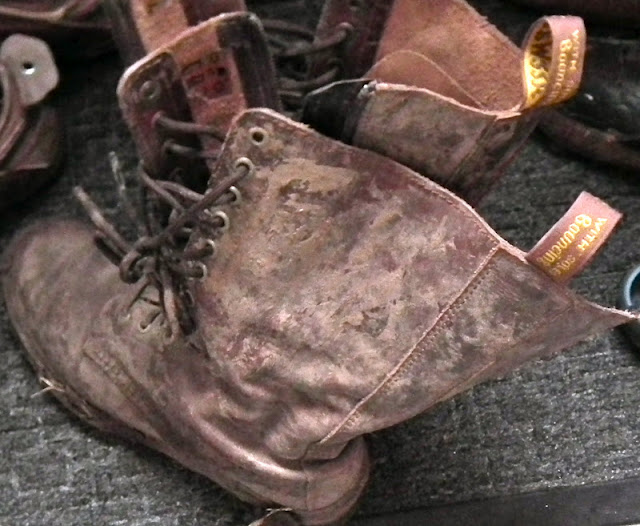 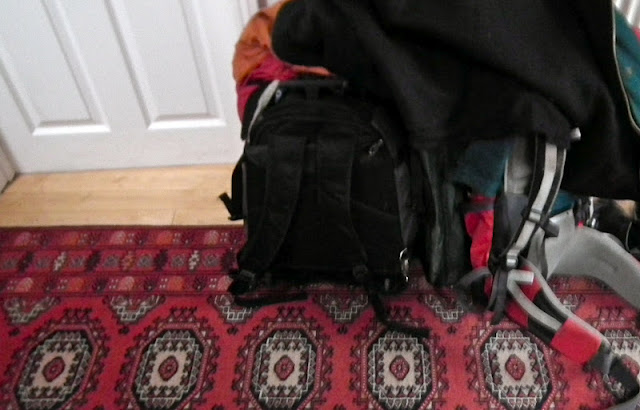 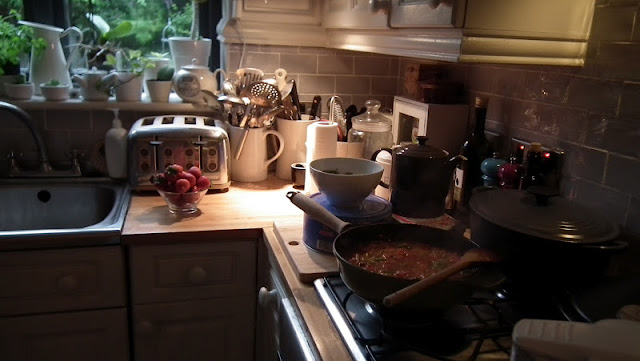 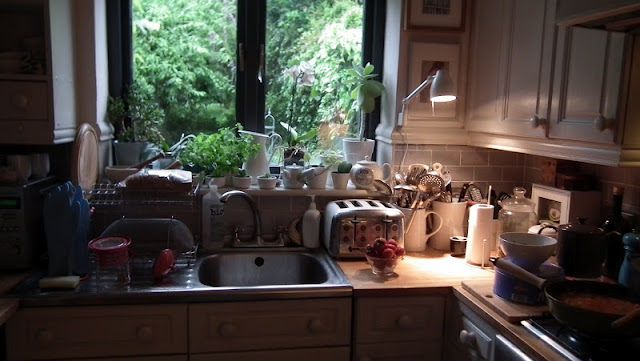 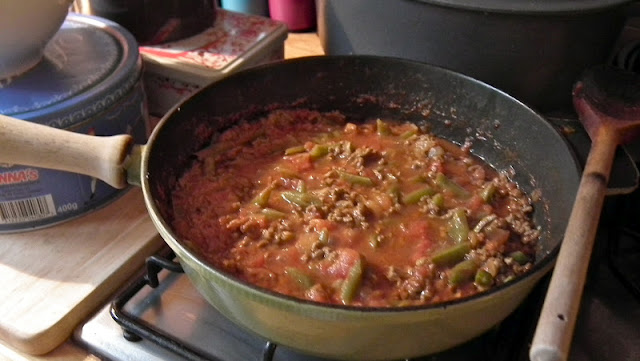 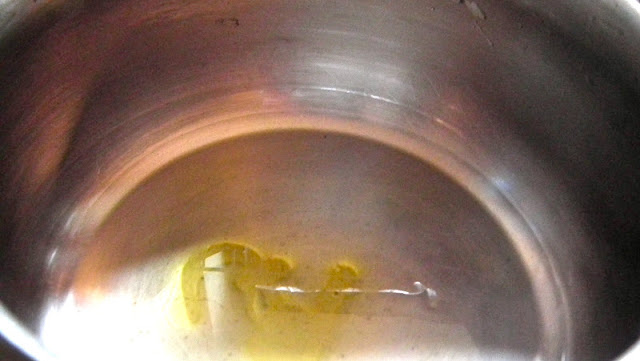 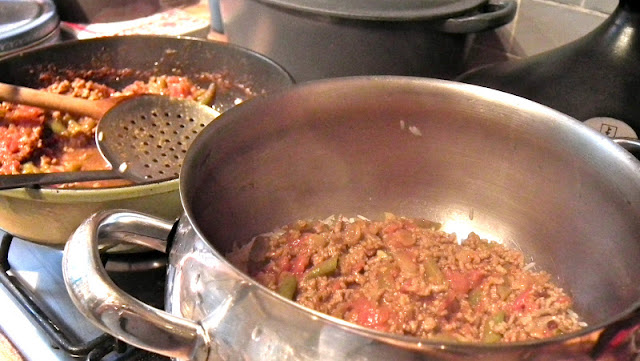 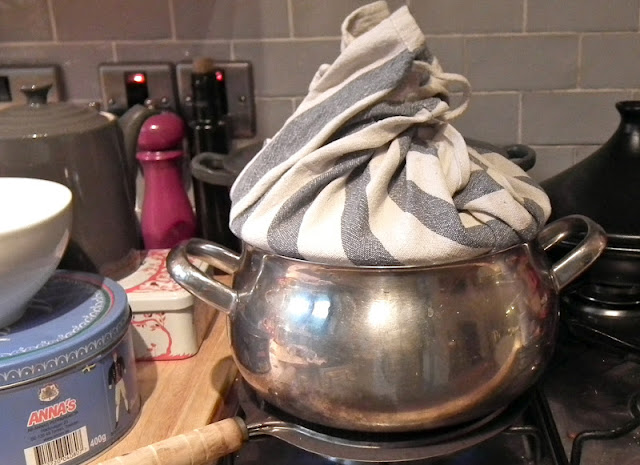 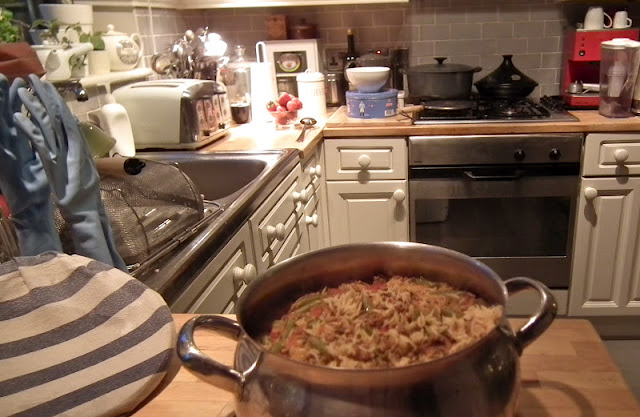 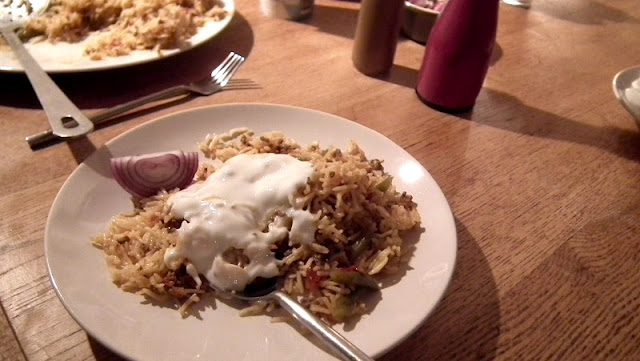 
H came home for a couple days on her way back from a Festival last night. She was very tired, very muddy and  very happy...food, shower and then bed...   I think she'd hardly slept for the past six days...


I  cooked Istanbolli Polow also called Loobya Polow.  Rice with minced meat, french beans and tomato sauce.  Persian comfort food that I used to cook all the time when she was at home and 'A' loves too. It's a great way to feed a family very cheaply using the best organic meat because you only need a little bit. I used £3 -£4 worth to make enough for four or five people and the ingredients are inexpensive. The rice makes it go a long way and the tomatoey/garlicky/french bean and onion sauce make it very tasty. It's a one pot meal so there's very little washing up and served with thick yoghurt and salad Tehrani  which is a kind of salsa made with very finely chopped tomatoes, cucumber and onion that is dressing with salt, pepper, fresh lime juice and olive oil is a well balanced meal.


I learned to make this from my Danish/Persian sister in-law. It's slightly different from recipes that I've seen using advieh a traditional mixture of spices.


Ingredients for four to five people :

There are two ways to make polow but I think that this way is the easiest. It's all done in one pan with a few simple steps.


Both methods should produce moist rice. The grains should be separate and infused with lots of flavour. The best bit is the tadig or crunchy rice that forms a circle covering the bottom of the pan.  You can also layer with lovely thin Persian bread or thinly sliced potatoes. If done correctly this should easily be removed from the pan bottom in one piece.

NB You can leave the meat out altogether for a vegetarian or vegan option or substitute with potatoes. Chopped green or white cabbage is also traditionally used when French beans aren't in season.