Yarn Along and Magical Pep-up Drink for Colds and Flu 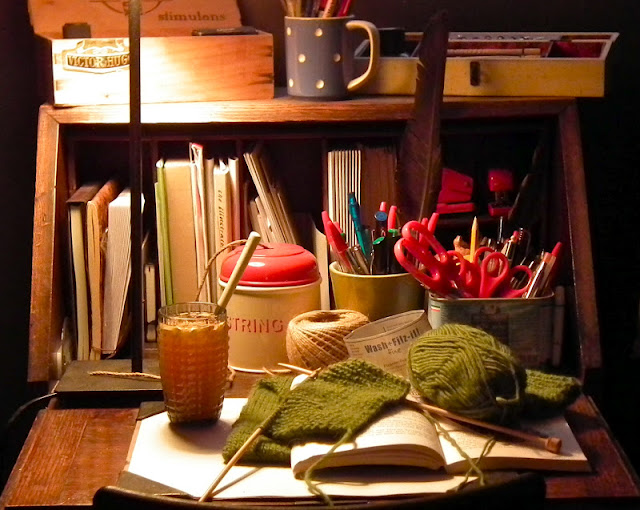 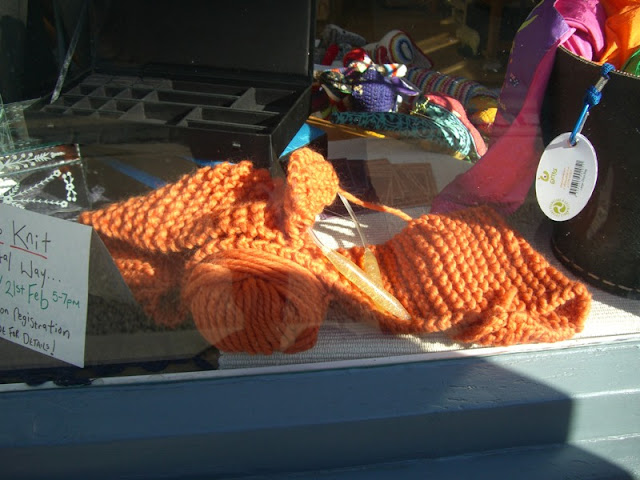 
I like to travel light every day - hands free. So I'm making a little bag out of felting wool, just big enough for the essentials.  Phone, purse, lipstick, sunglasses...I've knitted it in stocking stitch and I'm making an i-cord strap to hang it across my shoulder. Then I'll felt and line it with fabric. Not sure which...I have a small stash.

And maybe it's because the rain has shaken all the buds from the honeysuckle and it  looks like autumn, not summer when I peep through the window that I'm making wrist-warmers too. In simple single rib like some I spotted in Port Meadow Designs in Jericho. That's where I found the yarn in a bargain basket. Two 50gm skeins of fine Wash + Filtz-it in olive green, the colour I imagine Robin Hood wearing it's much brighter than in the photo. Different from those I've made before, knitted on two and not four needles, no thumb just simple with a split...nice for a change...I won't felt them but keep them soft and supple.

And reading? I'm loving camping in the apple orchards with Mac and Jim...fictionally that is...this week it's a bit too wet for real orchards, or tents for that matter...They are Steinbeck's characters in  In Dubious Battle that I'm enjoying as much as I did Cannery Row...whilst sipping my special cough/cold brew which is almost magical!


For a glass or mugful for one person you will need:
A spoonful of honey. Preferably local or Manuka
The juice of a lemon
One star anise
A little bit of cinnamon
A pinch of turmeric
One clove of garlic, peeled and crushed
Hot water


Put all the ingredients into a glass or mug and pour boiling water over, stir well, allow to cool a little and then drink. You may like to strain once the flavours have infused.


The thought of crushed garlic in a drink may put you off but it's amazing how many times I've made this for friends or family who initially shied away at the idea and then came back for more.


The honey is healing and soothing and is the sugar that helps the medicine go down. If it's local it should help to immunise against allergies and if Manuka it's meant to be even more therapeutic. The lemon is full of vitamin C great for fighting colds. The garlic, antibiotic antiseptic and anti-inflammatory, as is the turmeric. The star anise great for chests is apparently one of the components in anti flu drug tamiflu.  And the cinnamon antiviral too...and the best bit is that they both taste so good.  You can also add a little whisky or rum if you like...but it's amazing how much better you feel after just one mug.


Quick edit...thanks to Jess's comment she reminded that I missed out ginger. A small piece of fresh ginger either grated or cut into tiny pieces adds lovely warmth flavour and like it's relative turmeric is also anti-inflamitory.   Thanks again Jess.


Maybe it's all in the mind but everyone says they feel much better soon after quaffing... 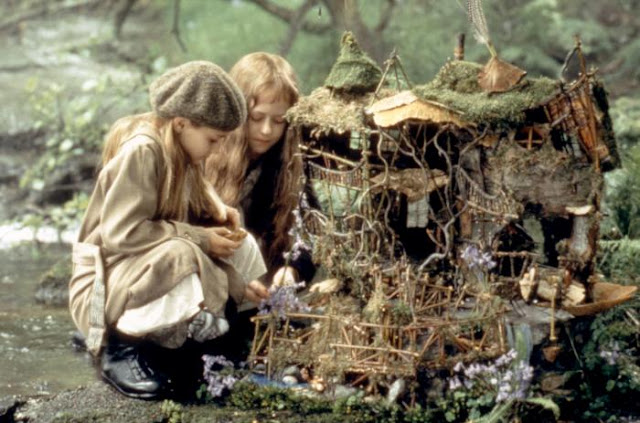 Joining with Ginny for yarn along...are you coming too?
Posted by debby emadian at 00:13