In Defence of the Delightful Miss Dahl 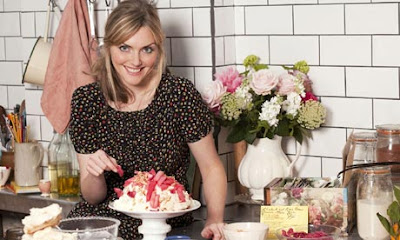 There's been so much negative journalism about the 'Delicious Miss Dahl' that I feel I have to redress the balance a little bit. (Not that I'm a journalist)

You may remember that one of my 'five faves' three weeks ago was the prospect of watching the first episode of Sophie Dahl's cookery program 'The delicious Miss Dahl'. It was a new venture for her after successfully having written a cookery book 'Miss Dahl's Voluptuous Delights' and a monthly column for a respectable food magazine. Now three weeks later I'm not ashamed to say that not only have I watched and enjoyed the series so far, I have even recorded all three episodes and re-watched two of them more than once. The only reason I haven't watched the other one again being lack of time. 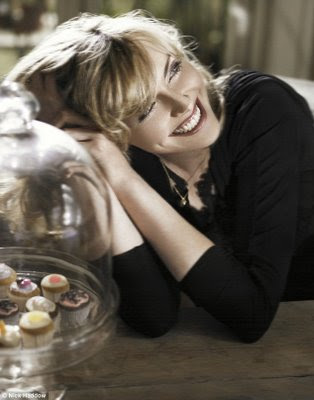 What do they expect? We were promised a combination of favourite food memories along with a smattering of literary quotes. We expected it to be a little bit theatrical as would befit her background.
I honestly think that her program has delivered all, if not more of this. There's something about the languid way that Sophie Dahl cooks her food whilst reminiscing about her childhood memories that is so relaxing.

I know that some have described it as soporific but I beg to differ. It's calming and relaxing. Just what we need after a busy day. Her food is homely and easy to prepare. I can't wait to try out her toffee fruit crumble a simple twist on an old fashioned favourite. Oh and the kitchen is to die for.

I doubt that the food writers, many of whom are probably middle-aged men don't actually fit into the target audience, which I suspect is female and younger... sadly that means neither do I!

I do think that they have been overly critical in her case, knit picking over her description of food being 'selfish' rather than 'indulgent'. Can't they give her a little bit of poetic licence? If she feels she's being selfish, so be it, it's her prerogative.

If her program had been a food product it would have definitely accomplished the description on the packet. For me watching it is a bit like relaxing in a nice warm bubble bath with a big bar of Green & Black ginger chocolate after a hard days work...Roll on next Tuesday