Yureka.....I've managed to do it. I've actually made a risotto. It wasn't that hard to make, and it tastes like it should. Success.

You may be surprised to know that one of the main ingredients was stinging nettles. I just happened to notice a plethora of recipes recently with nettles as one of the main ingredients. Predominantly ones for nettle risotto. As I happen to have an abundance of them growing by the compost bin I thought I'd have a go at using them. Especially when I read in Jean Palaiseul's, Grandmother's Secrets that was given to me by my aunt in the 80's (she was evangelical about it and gave a copy to everyone she knew, along with Jocasta Innes, Pauper's Cookbook) that they are good for you for a million different reasons. 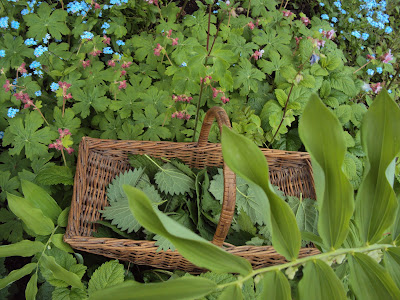 For two people I took a couple of handfuls of nettles and washed them well. 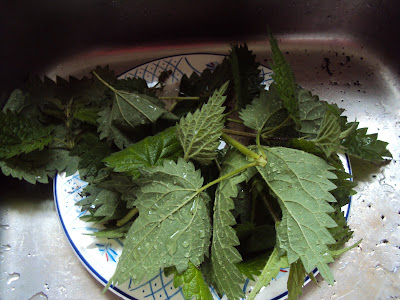 I made a stock with a couple of sticks of celery and a carrot chopped roughly in about a litre of water. Seasoned with a little sea salt and crushed black pepper.
I cooked the nettles in the stock whilst making it. Then drained them out and put them to one side. I removed the carrot and celery out of the stock and then measured a pint (just over half a litre) into a jug.
Whilst the stock was cooking I roasted a small butternut squash in the oven, drizzled with a little olive oil, salt and black pepper. I didn't use any garlic or chili because this dish is intended to have a mild flavour, you don't want to overpower the mushrooms and there should just be a hint of sweetness from the squash. 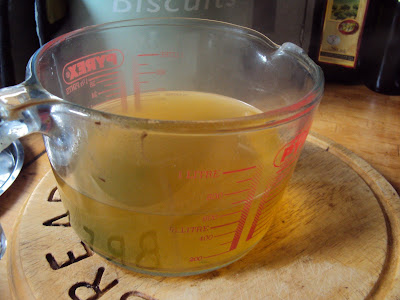 I fried a small sliced red onion in olive oil. Once it was softened I added a cup of Arborio rice. 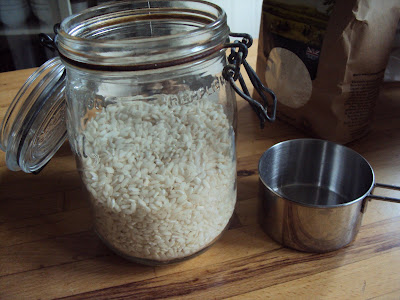 Gave it a good stir in the frying pan and then sauted it in the olive oil. 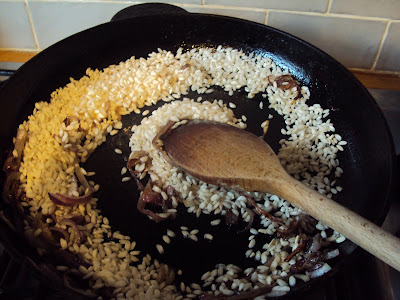 I then added about eight mushrooms, slice quite finely along with a ladle full of the stock. 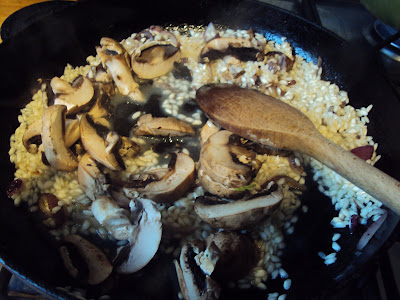 Then added the cooked nettles. 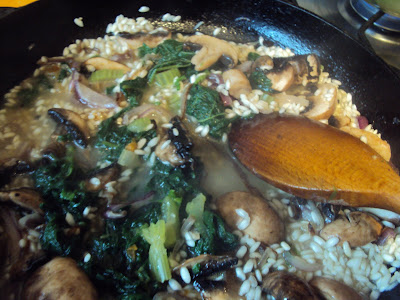 Continuing to feed the rice with more stock as it absorbed it. 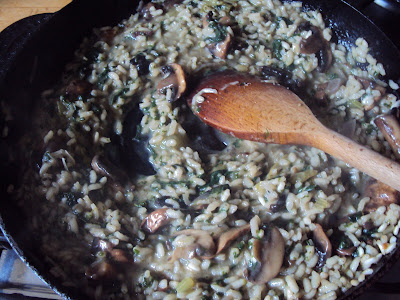 The process took about twenty minutes but you may have to adjust this depending upon the rice you use. When cooked it should be creamy to taste but still have a little bite to it. 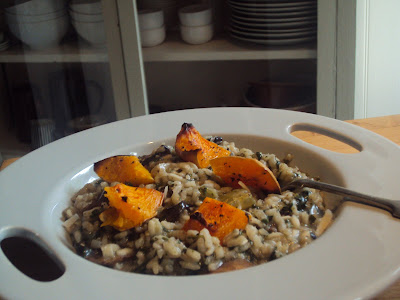 When the rice was cooked I topped it with the roasted squash. 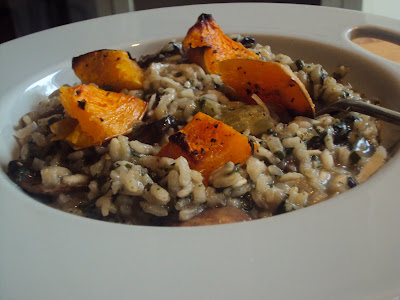 Yummy... The nettle's were delicious. They tasted like a mild spinach. Lovely and dark green but without the bitterness sometimes associated with spinach. I will definitely use it again. I've already used as a side vegetable this week.
And it's free...I'm sure that Alys Fowler with her Edible Garden may have had more than a little to do with this.........