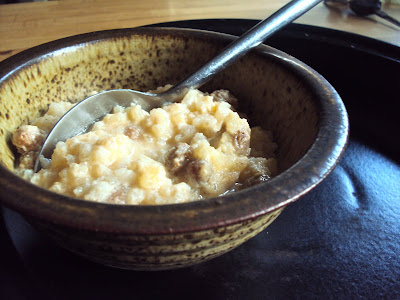 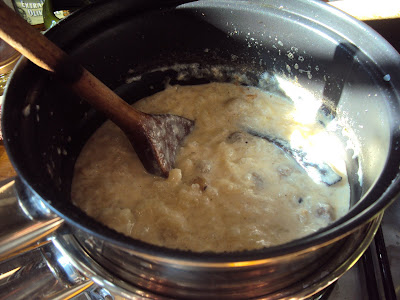 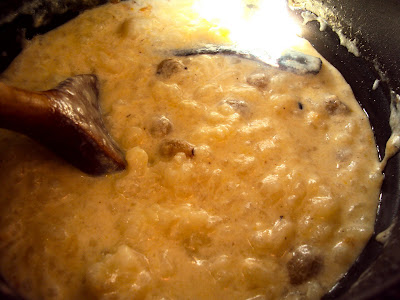 If you're shopping in Oxford and it's a really cold day it's nice to warm your hands on a big paper cup full of Chai Steamer from AMT.

AMT are little coffee booths. There's one at the station and another on Queen Street. They were the first company in the UK to be 100 percent Fairtrade and Organic, and they do the most amazing Chai Steamer that doesn't taste anything like any recipe for Chai Steamer that I've found so far. wrong...It's a warm milk or soy drink with all kinds of yummy ingredients like cinnamon and vanilla.

It's a bit like a Nursery bedtime drink from Peter Pan or The Swallows and the Amazons and it's great to have a big cup to sip whilst walking around the Antique or Farmer's Market on a frosty morning to, as my little Nanny Boardman used to say "warm the cockles of your heart"

This is my version of Chai Steamer Rice Pudding:

Ingredients:
Method:
I used my porringer to make this pudding and was amazed at the results. Not only did the pudding cook in under an hour but the rice was lovely and soft and didn't stick to the pan.

This is real old fashioned Autumnal comfort food great with cooked windfall apples and it's fun to play with the ingredients.
Posted by debby emadian at 02:01