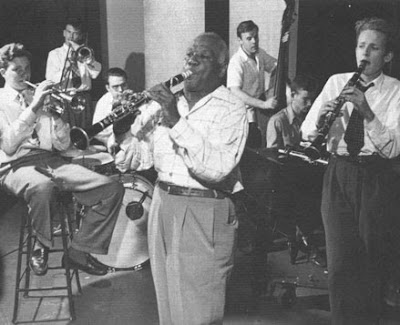 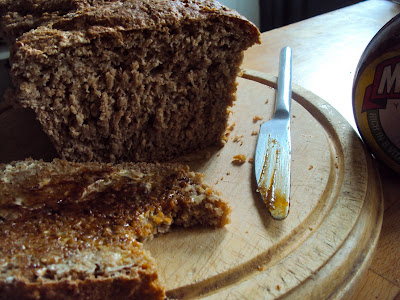 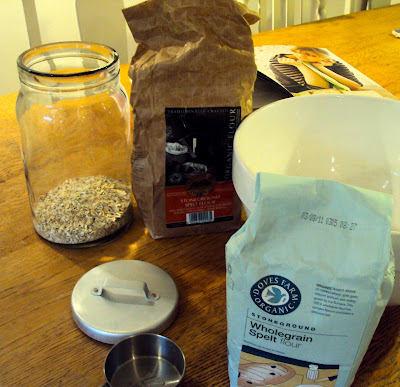 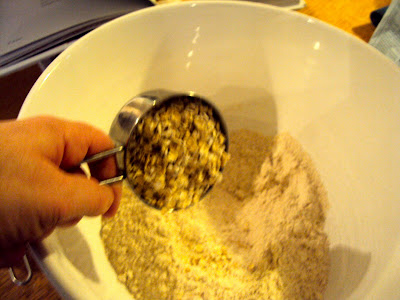 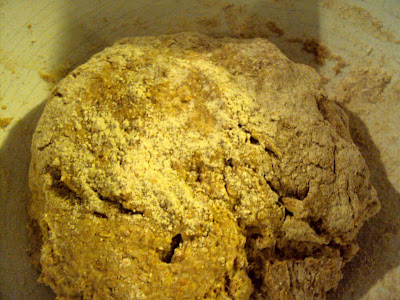 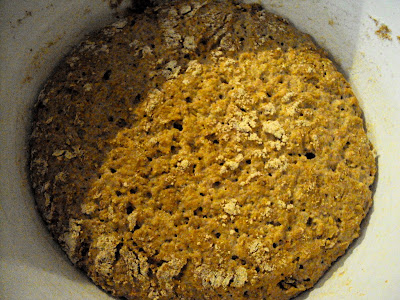 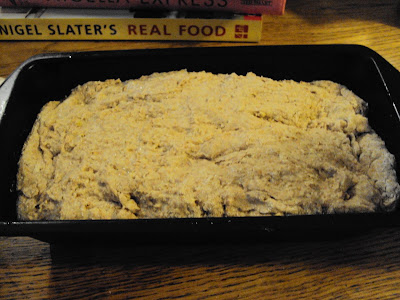 This is the second time I've used this recipe to make bread this week. It's so simple, no kneading involved and tastes delicious. It's number 11 in my quest to cook my way through Miss Dahl's Voluptuous Delights, and you can find it on page 28.
She calls this Musician's breakfast. It's no secret that Sophie Dahl is married to musician Jamie Cullum and apparently this bread along "with butter, mustard and a big slice of Parma ham" "a strong cup of tea and Miles Davis on the stereo makes him a happy fellow in the morning."
Baking this at the weekend listening to dreamy 1930's jazz whilst 'A' was concocting an exotic delight for supper made me a happy gal. Don't you just envisage sunny southern days with the wind blowing filmy curtains and lounging around on big sofas smoking cigarettes with a long black cigarette holder, sipping Mint Juleps.....not that I'm sure what one tastes like....but I'm sure it's very nice....Oh and I don't smoke either....
Anyway, back to the bread. The recipe is copyright so I can't reproduce it, but it's a mixture of wholemeal or spelt flour and rolled oats with honey to sweeten, salt to season and quick yeast as a raising agent. As I said before there's no kneading involved just a bit of mixing, leaving to rise, knocking back, re-rising and baking....easy peasy.
I used a mixture of Doves Farm Wholegrain Spelt Flour and
Bacheldre Watermill Organic Wholegrain Stoneground Spelt Flour and it worked amazingly. The bread I have to say didn't look anything special...I wasn't in a hurry to try it but once I cut into it, it had a lovely soft texture and an amazing almost treacly flavour. It really is more-ish and reminded me why, once we'd baked bread after getting snowed in last winter, we didn't stop until the summer. This recipe is definitely a 10/10!
Posted by debby emadian at 06:05