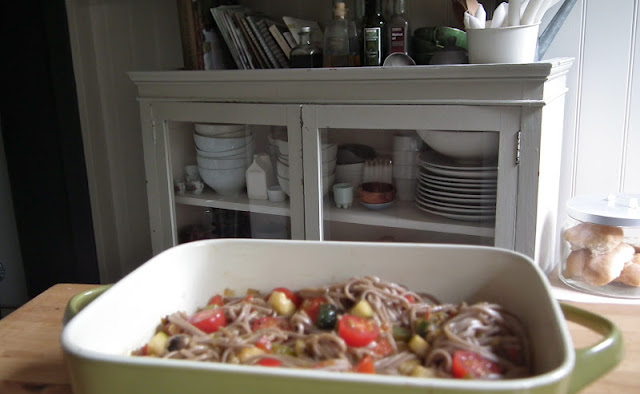 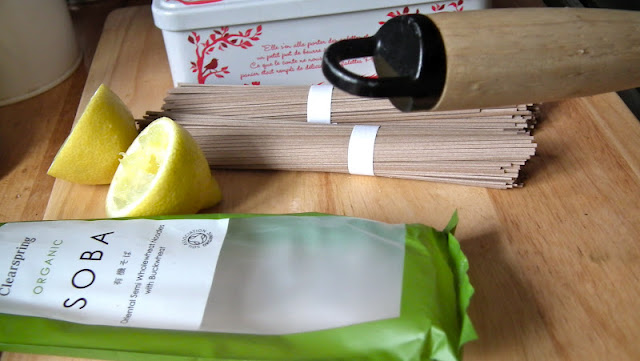 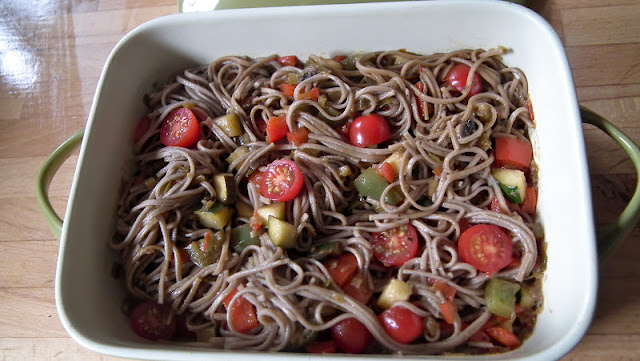 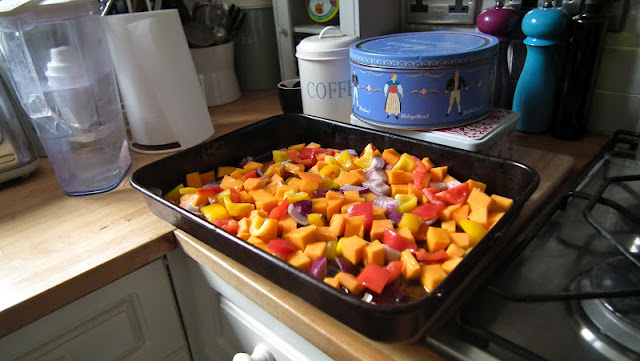 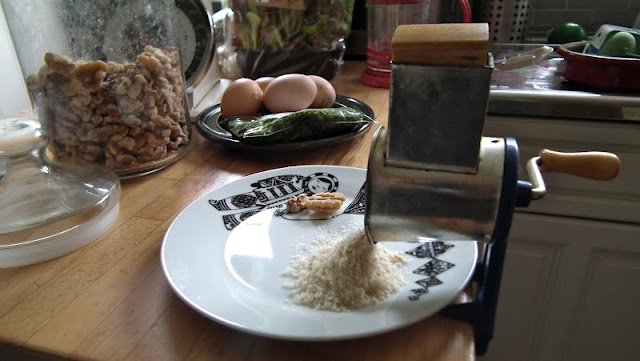 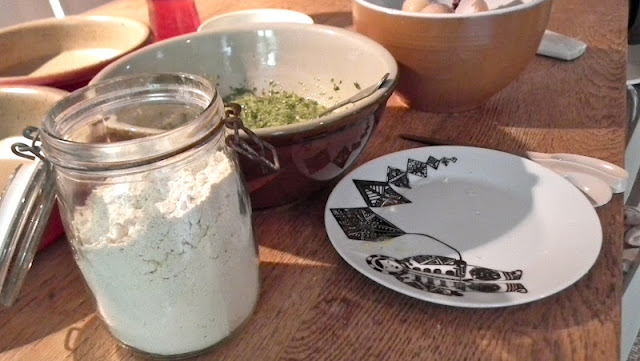 We were invited to a vegan picnic in a nuttery recently with everyone contributing food.  'No pressure'...I thought - I cook vegetarian food at least two or three times a week, and what would constitute vegan food at least once a week.  Not by conscious decision but just because I love fruit and vegetables, don't eat red meat, use lots of pulses, nuts and cereals and always cook with olive oil.


But when I thought of typical finger-friendly picnic food, I kept hitting a bit of a wall.  Things sprung to mind that all used eggs or cheese. I didn't really want to go down the 'pretend' food route - imitation cheese or eggs. I like real food.


I think my main problem being the word 'picnic'.  I was thinking in terms of traditional British picnic foods...egg mayonnaise sandwiches, sausage rolls, quiches, and cheese and onion tarts.  I'd quite happily made quinoa with roasted vegetables and Persian herb omelette for a vegetarian supper the evening before, but the word 'picnic' wasn't involved (or vegan).  I'd totally forgotten about vegetable samosas and spring rolls, falafel or stuffed vine leaves! Delicious, handy, extremely tasty finger food without a hint of butter, cheese or eggs...


It was only after the fact, that I remembered all those tasty foods. But a quick storecupboard forage the night before the picnic, produced Japanese soba noodles made with buckwheat flour, sea salt and water...'Hurray' I thought...'No eggs'...


So I adapted my favourite spicy prawn spaghetti recipe...omitted the prawns and used the soba noodles instead of spaghetti...


Not exactly finger food but it worked well especially as the rain poured down in time for the picnic and it had to be held in a barn, instead of the nuttery. A long table housed the various dishes full of things like bean salads, nut roast, humous, couscous, falafel and my soba noodles. We patiently queued and spooned up a sample of each of the delicacies into our little plastic boxes. I love that thing about parties where everyone brings something and you have a little taster of all sorts...

But it was a bit of a challenge at the time and it made me think that perhaps I should set myself a small-ish goal and try to have at least one day a week that is totally vegan. Not by accident, but purposefully in an attempt to experiment with different ingredients. A bit like Paul McCartney's Meat Free Mondays or What a difference a day makes. Then maybe the word vegan wouldn't cause me to panic in future!


It also concerned me a bit that of all the tasty vegan picnic finger foods that I could think of, non of them were British.  Not that I'm patriotic but I'm sure that somewhere there must be some tasty British picnic food that is vegan and does taste good... it is my food heritage after all and I don't want to be ashamed of it!

So I have challenged myself to be an at-least 'one day a week vegan' ...I wonder how I'll get on?

To begin with here is my Vegan Japanese Soba Noodle Salad recipe not even a little bit British, but that doesn't matter it really is tasty and it is vegan.

I suggest cutting the vegetables for the sauce this size: 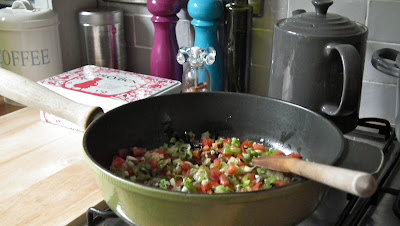 and for the additional crunchy vegetables this size: 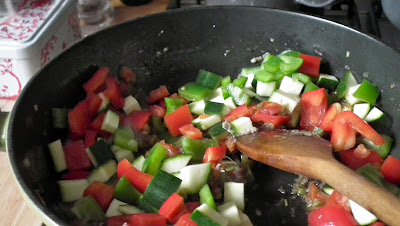 so the challenge is on...


...what about you would you like to join me sometimes too...?