Yarn Along and Apple Pickers Beans 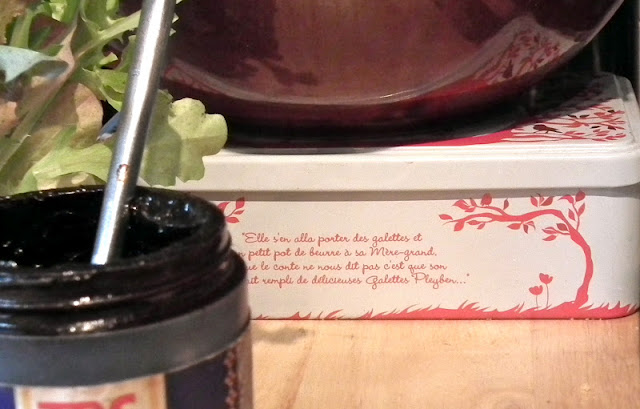 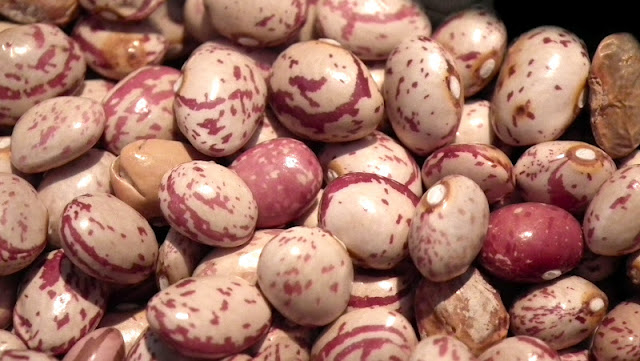 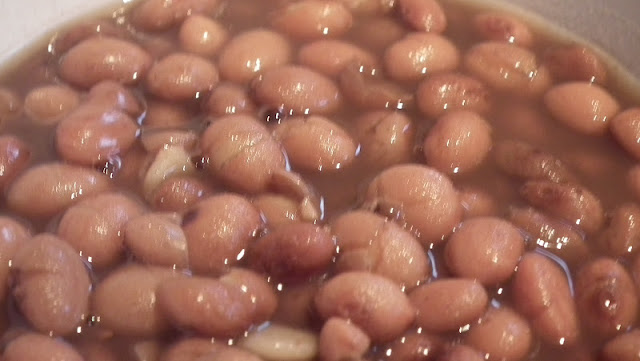 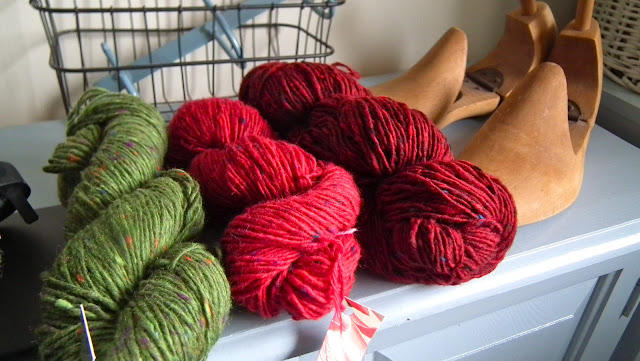 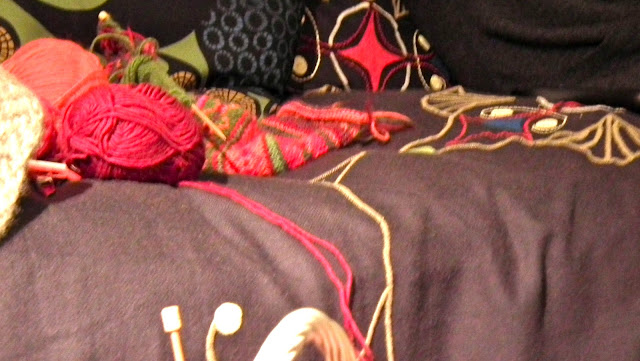 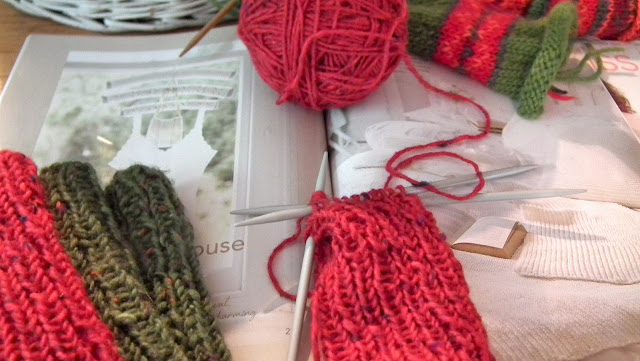 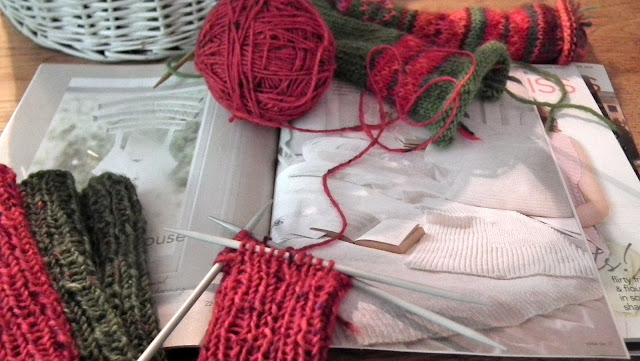 "Now the line of the orchard top grew sharp against the eastern sky and the parked cars were greyly visible. The buckets of coffee began to boil, and a rank, nourishing smell came from the bean kettles. The cooks ladled beans into anything the people brought, pans, jars, cans and tin plates. Many sat on the ground, and with their pocket knives carved little wooden paddles with which to eat their beans. The coffee was black and bitter, but men and women who had been silent and uncomfortable were warmed by it so that they began to talk, to laugh, to call greetings to one another. The daylight came over the trees and the ground turned greyish-blue. Three great bands of geese flew over, high in the light."     P162 In Dubious Battle, John Steinbeck 1936

I've been doing very little reading or knitting with all the sorting out since H came home. Now that a calm and balance is beginning to return, book or blog reading and knitting are special treats that I can indulge in. The last time I'd picked up In Dubious Battle almost two months ago I was happily envisaging the cosy scene of a supper of coffee and beans in the orchard  with Mac and Jim. Even though the days have been the warmest of the year (In the low 30's which is hot for us) the summer is moving on and early mornings and late evenings suddenly have an autumnal air.  Reminded by this quote of warming comfort food I cooked some Persian beans, loobia chiti ( I use my favourite rose cocoa beans if I can't find any Persian ones) with lovely sour tamarind paste to eat with a drizzle of olive oil, lots of fresh lime juice and hot crunchy bread. Perfect for late summer supper.

But reading on, the tranquil scene develops into something much more unsettling, that results in the coldblooded killing of a poor old man. Very moving when you know that this was based on true events. I couldn't help being thankful that whatever the rights or wrongs of striking that perhaps books like Steinbeck's Nobel Prize winning novel of which he said:

" I have used a small strike in an orchard valley as the symbol of man's eternal bitter warfare with himself. "

may have in a little way helped to usher in a much more civilised society that when it comes to basic human rights most of us now live in.

How naive of me. Of course as usual I had my head buried in the sand. Soon after reading these chapters I saw this news report and was really saddened and shocked that in the 21st century this can still go on. It's sad, so sad when you think that people pay millions of pounds for  platinum jewellery that some of those who mine it have lost their lives just demanding a fair living wage...

Sorry I didn't mean to get all political but when I heard the news it just brought me back to where I'd put down the book and couldn't believe this could happen today...

Other reading that seems very frivolous by comparison but sometimes just what you need to cheer you up, has been four lovely Debbie Bliss knitting magazines from 2009 and 10 that I got in a sale bin for  £2 each. They are full of lovely projects that I hope to make or take inspiration from over the next few months.

I also bought three skeins of Aran Donegal Tweed wool in lovely autumn colours. It knits up beautifully, nice bright colours with little contrasting flecks. I love that it's woven uneavenly.  Some parts quite thick others almost snap and break when I knit. It gives a lovely lumpy texture. I'm still making projects for a December stall. Small fingerless gloves and wristwarmers. A made-up pattern simply knitted on four pins in single rib to make them nice and stretchy and then picked-up stitches to add a thumb. I wasn't happy with the
thumbless ones...not really for me. Nice easy therapeutic knitting...One pair finished just ready to join the thumb and another three quarters of the way there.

Joining with Ginny for yarn along again...are you coming? 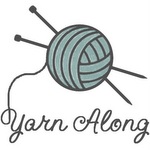