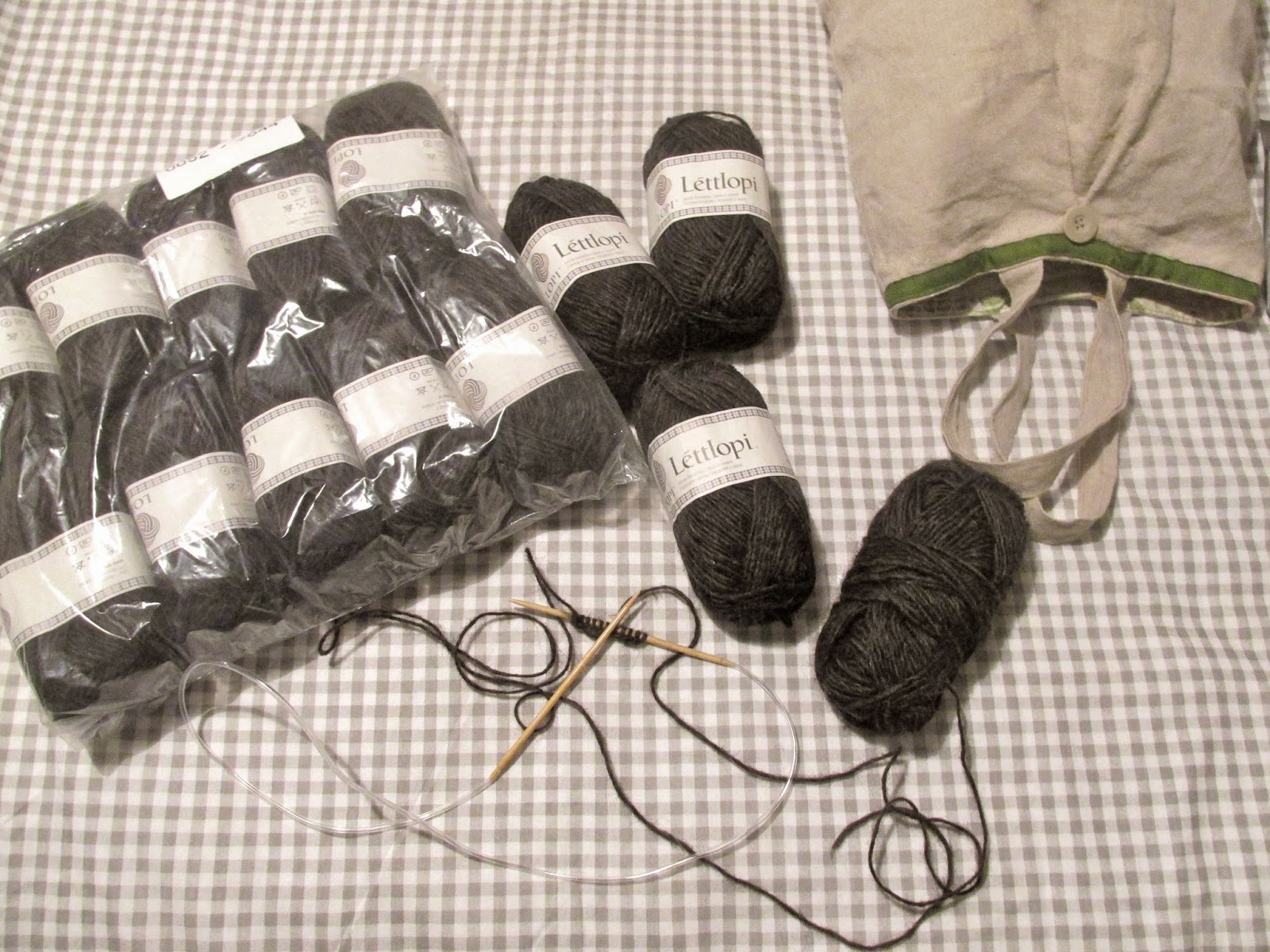 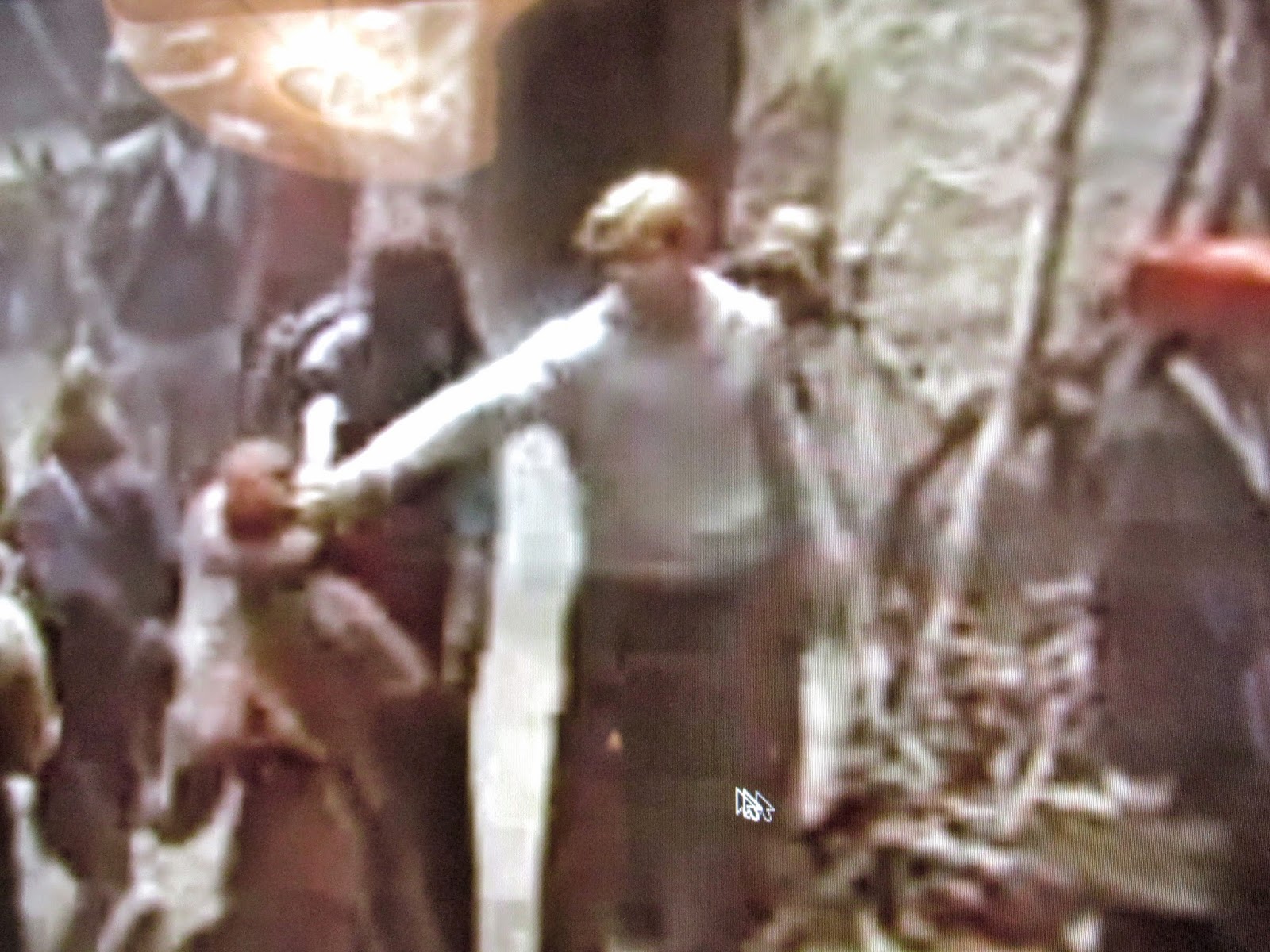 "The whole town seems to be covered by a feather duvet. All the buildings have long white skirts. The snow has drifted high against the walls.Young boys are shovelling away on the roofs for all they are worth."
The Second Deadly Sin, Åsa Larsson


The flakes of snow that teased me with the promise of hibernating with needles and yarn, melted. The only snowdrifts that I experienced were those concocted by an imagination more vivid than mine.   It didn't prevent me from knitting at every opportunity though, another of these hats, some of these mitts, more of this blanket and at last the big project that I've been longing for. I ordered some Icelandic lopi yarn, this time Lettlopi to make a cobblestone pullover for Ahmad. It's very inexpensive from here and 100 percent wool. Not the easiest colour to work or the softest yarn but it's really warm and will look lovely when it's made and really suit his colouring. It's a dark charcoal called black heather with just a hint of white-ish grey twisted in. He's requested a few alterations to the pattern. He wanted the whole jumper to be knitted in garter stitch and not just the yolk and bask so that it will be something like the effect of  my annabel sweater and cardigan that he loves...

But then a few nights ago I went to bed early and left him downstairs watching tv, he came rushing up and said he'd found just the sweater he wants me to make...a 1930's style collared jumper worn by Brad Pitt in Seven Years in Tibet. I scoured the internet for vintage patterns but couldn't find anything similar. So I'm currently experiment, knitting and unravelling, trying bits of new patterns and doing gauges/tension squares to try and make up my own 1930's version...Hence the unravelled yarn and lack of rows. This should be interesting...

The vivid imagination belongs to Asa Larsson. The Second Deadly Sin is the first of her novels that I've ever read and although at the first few pages I wondered whether I should have chosen a swedish crime novel knowing how dark they can be. Ok to watch them on a Saturday night snuggled by the fire next to husband, but would it make a good bedtime read. The story evolves quickly and there are layers. Not just descriptions of corpses but old stories unfurl and take me to a cosier world. I'm drawn in and really enjoying the read so far. The backstories aren't confusing but intriguing and interesting. I think I like this...I'll let you know how I get on.


Ps. I have a voucher for you. I bought all my books new online and they cost me about £2.00 each, I couldn't believe how cheap. When the parcel arrived there was a voucher for £2 off the next order...hurray a free book. The best bit is that  they also gave me a discount code to share with to my friends too. There's a deadline the 28th of Feb, but if  there's something you want it might be worth checking it out to see if they stock it.

pps they haven't asked me to do this and I don't get anything for mentioning them. 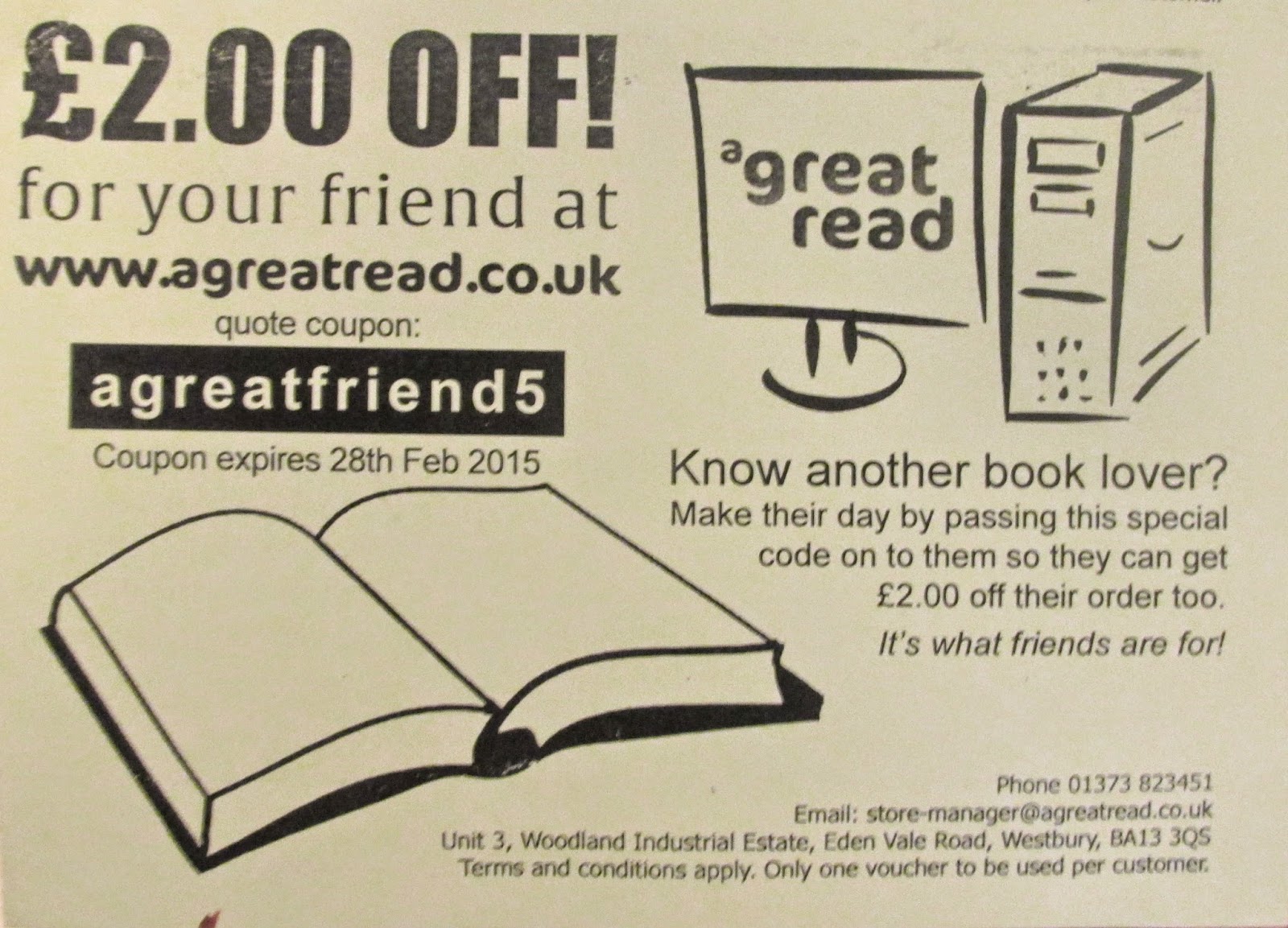